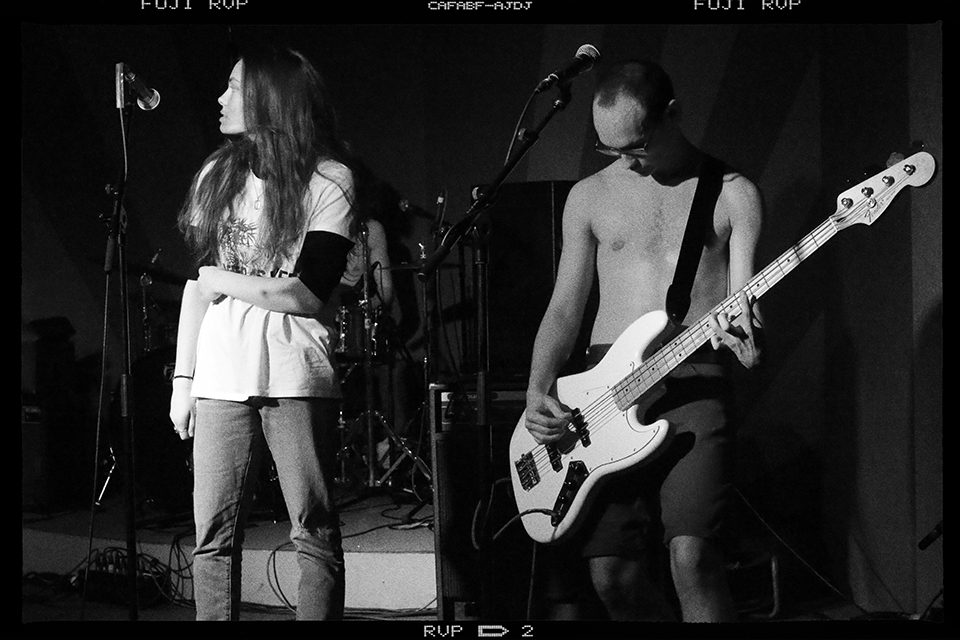 I recently went to a local gig put on by Art’s Cool raising money for the local domestic abuse support charity. It was an all-dayer, with half the lineup being local Kent bands, and the other half being from Leeds. The next day they did it all again, but in Leeds, and raising money for an education charity there. I missed the first band, but they were kind of a supergroup made up of members from the different Leeds bands. The promoter also handily made this Spotify playlist of all the bands.

The lighting was a bit difficult, being mostly magenta and strongly focused on one side of the stage. How easy it was to photograph the band members depended strongly on how much they moved and where they happened to be standing, and varied dramatically from act to act. When I take gig photos I like to try to have at least one photo of each band member (which can be hard with drummers positioned far back), and as flattering as possible, especially when it’s smaller bands who may not have many nice live photos of themselves. So I took, and deleted a lot of photos (and didn’t get as many usable photos of some of the bands such as Chest Pains as I would have liked). Here they are, in order of running on the day. There are links to each band’s facebook fan page in each title.

They had more members than usual, as Eric the singer had recently broken his hand and couldn’t play guitar, so Jack from Inevitable Daydream filled in.