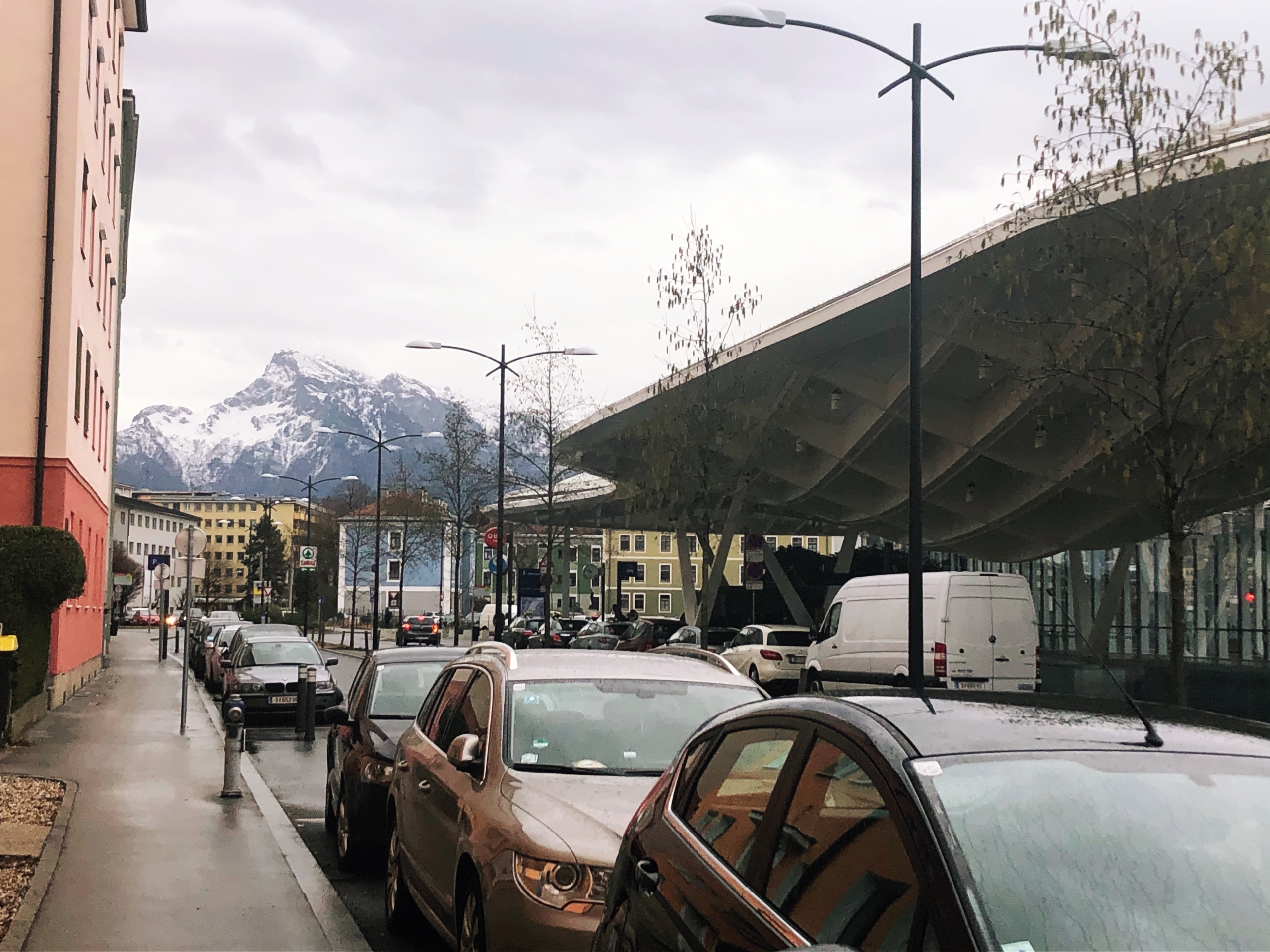 I was supposed to be back in Austria right now, running more school workshops. Obviously that’s not happening now, due to the Coronavirus lockdown. Here’s some photos from Salzburg at the end of February, where I flew en route to working in Amstetten. You can see more touristy photos from Salzburg from a while back here.

As a sign of what was to come: my flight from London to Salzburg on the 21st of February only had 5 people on it. They made us all sit along the wing row for takeoff, then sit wherever we liked after that. It was actually a plane belonging to a package holiday company, going to collect people on their way home from ski packages. The snowfall this year was already disappointing, and it was the end of the school holidays that weekend. The plane arrived 45 minutes early, as it was so much lighter and loading and unloading so quick.

Salzburg station has had a bit of a makeover.

Unfortunately my hotel was in the middle of its own makeover (I made a complaint but the customer service was also terrible). I always struggle to find anywhere cheap in Salzburg in the winter. The company arranges the hotels in the work week, but Saturday and en-route accommodation is my responsibility. In the summer the university’s post-grad residence rents out the rooms- they’re clean, nice, in the city centre and cheap. In the winter you’re at the mercy of ski-season rates.

The room was nice enough, but still stank of paint and most of the electrical sockets didn’t work.

Having a walk around the Old Town at night.

Which famous person is from Salzburg again?

The area around the castle was completely deserted. Salzburg isn’t my favourite Austrian city. Although it’s very pretty I find it a bit stuffy. For regional capitals I prefer Innsbruck. The Salzkammergut just outside Salzburg is stunning though.

Austria has gone Dutch. The vending machine for dried up reheated fast food late at night is here. Perhaps enterprising in the land where takeaways often close at 9pm.

Ghost bike marking the site of a fatal accident at a junction near my hotel.

I was planning to leave my bags at the station and go into town, but torrential rain started a couple of minutes after I took this photo, so I took the train to Amstetten early.