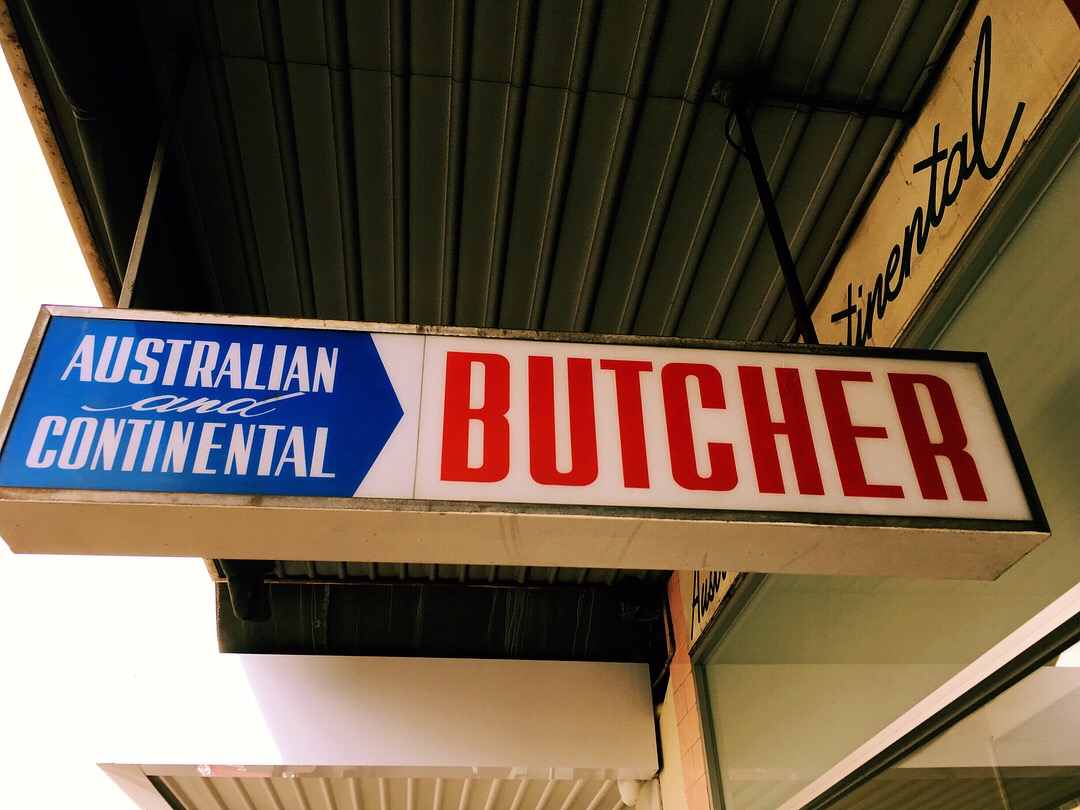 Melbourne was a boom town in the 50s and 60s with people wanting to leave post-war Europe (and also places like Lebanon) and there are loads of great period shop fronts still around.

Lots of the trams are new and gleaming, but there are also some really 80s looking ones doing the rounds. Some of them have a cord running along the wall to request a stop rather than buttons on the poles.

I had lunch here. It was indeed good, but in fact I’d say it was their baba ghanoush that sold it.

There’s lots of street art going on too.

Lots of back streets of Melbourne look like this- terraced brick houses very similar to the UK, except with a sunporch with chairs and sofas on. Being from the UK my brain goes “no! don’t put it outside! It’ll be rotten in a week!” but of course it’s fine in the drier, somewhat warmer climate in Melbourne. (Victoria has cooler weather than most of the rest of Australia).

The Kulin people lived in what was to become Melbourne, making a living from fishing, until similarly to San Francisco there was a gold rush in 1851, bringing in huge amounts of incomers (and all their diseases unfortunately for the Kulin) and sparking a building boom that created the large city that is now here.

Not all of Melbourne is crumbling old bricks covered in wheat paste illustrations however, there are a lot of gleaming new towers in the Central Business District.

And around the hospital and the university.

I’m not really a fan of shopping centres, but I had to go round all the department stores to get a new suitcase after the airline broke my (to be fair, knackered) case. Here disproves people’s idea that Melbourne is always a hot, sunny place. I was there at the end of their winter (September is like our March) and there was plenty of rain to be had.

And Flinders Street Station has an old black and white photobooth (along with Sticky Institute zine shop, which I will come to later).

Later in Hobart I made the mistake of posting a box of things home to myself and discovered how fucking expensive Australia Post are.

Another local thing in Melbourne is that lots of medicines are only available from pharmacies and cost an absolute fortune (rules on this vary from state to state- it definitely wasn’t as bad in NSW or Tasmania). £1 is $2 AUD, and I can get this exact same thing as a generic tablet at home from the supermarket for a couple of pounds. You also had to get the brand name version in Victoria. Lemsip was equally as overpriced.

The main thing I wanted though was some Australian strength suncream (they start at 50SPF) and some of this lotion which is fantastic for excema spots.