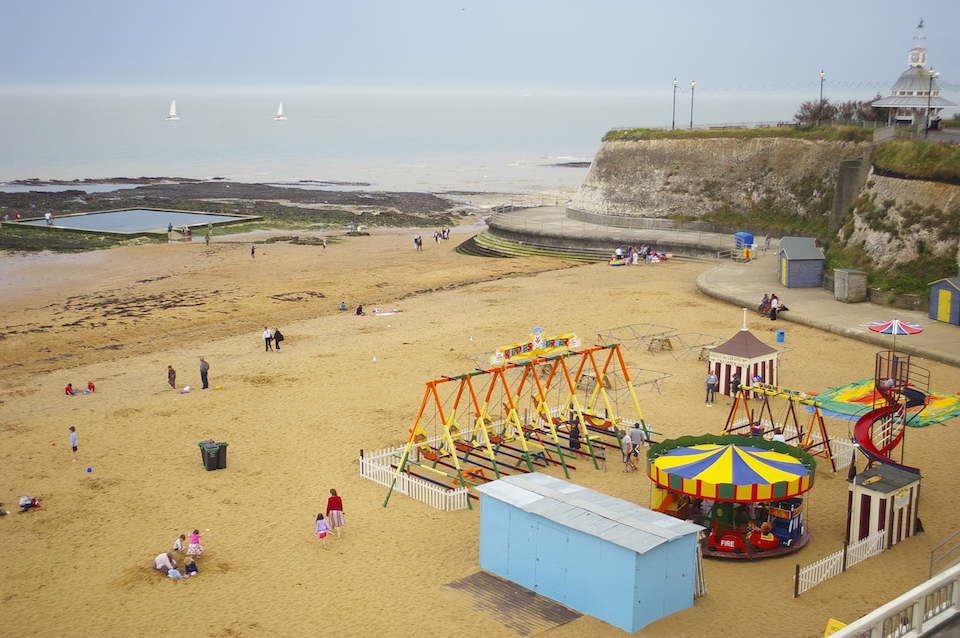 So I moved back to Kent…

So I moved back to Kent last week. (I’m knackered after travelling round Germany for three weeks and then moving house back-to-back). To Margate in particular. I grew up in Medway, a little way to the west, but left when I was eighteen to go to university, as it didn’t feel like there were any opportunities for me. Nearly fifteen years later, here I am. A lot has changed in that time. London is not a desirable place for young people to live any more. Not because of crime (going down all the time), or pollution, but because it’s so impossibly expensive and offers such a poor quality of life.

I’m still trying to get my head around the fact that people now want to move to North Kent, but there’s no denying the area is on the up now. Whether this is good or bad, and results in uncontrollable gentrification driving people out like many areas of London is still to be seen in the future. At the moment it’s still affordable. Ten years ago before they built the Turner Gallery, I came with my mum at sunset to see a light show art exhibition that had been installed on the pier (putting art in Margate was an exciting new idea at the time). It was a summer evening and the plan was to get some fish and chips. Everything was shut. I used to come with my dad sometimes to go to the Shell Grotto, and we’d park in the back streets around where I live now, because you were always guaranteed a parking spot. The local high street on Northdown Road had barely anything open on it. Now there’s a thriving local high street with all sorts of useful shops, and some nice cafes. I was reading descriptions on a local history website of how the street was in the 60s and 70s, a real nice shopping street. You can still see that now with some of the grand buildings that used to be department stores.

For your reference, I am here. That’s France, Belgium and the Netherlands you can see to the right.

The sea
The sea is at the end of my street (I can’t see it from the windows), with a small beach. A whole host of spectacular golden sandy bays are either within walking distance or a short bus ride. I can see huge ships on the horizon in one of the busiest shipping lanes in the world (one of the local cafes on the seafront actually provides binoculars for you to watch them with).

Interesting things to see
There’s the Turner art museum on the beach, Dreamland fairground, and the Shell Grotto (the eeriest place in SE England).

The cost of living
I can afford to live alone in a one bedroom flat, which would be impossible in London. I’m still trying to wrap my London-trained brain around the fact that this is possible and I don’t have to share with six other people and travel an hour to get to anything I want to do. The available amount of space in places like cafes and supermarkets still throws me too. I don’t have to get out a bank loan to buy a drink, or fight for seats at the few places I can afford. I still do a double take when I walk past the pub on my street, and they are advertising pints for £2.85.

Lots of arts
The area has attracted artists and writers who can’t afford London or Brighton any more. Turner and TS Eliot worked here in the past, and Tracey Emin grew up here, so it’s not just a recent thing. There’s people with spare time here, unlike London where everyone has to work all the time to survive.

I am from here.
Not specifically Thanet, but Medway, which is fairly close by. My dad is an old man in poor health, and it’s easy for me to go and see him. I know the area. Some of the grottier aspects of my new neighbourhood don’t really bother me, as at least the people are a lot nicer and less aggro than those in Chatham. How nice people in shops and so on are compared to London is also noticeable. Probably because you can actually survive on shop wages here.

The climate
Thanet is one of the driest, sunniest parts of England. That may not be saying much in comparison to somewhere like California, but it does mean something in the Winter.

Produce
That nice climate means there are lots of fruit and vegetables growing in the area, and a large amount of breweries due to all the hop-growing. So almost unlimited amounts of good beer and cider at low prices. If I ate seafood (I am a vegetarian) I could also take advantage of the local fish and oysters.

Good transport
The HS1 line to St Pancras is a real game-changer. In 90 minutes you can be in Central London, on a nice modern train that usually runs on time. The trains to this area used to be terrible. I remember when I was a teenager, I went with my school friend Lucy to Broadstairs one day in the summer holidays to meet up with a boy she had met. The train was slow and split into parts at Canterbury, and it was really hard to figure out what was the correct part of the train to sit in, so we ended up back in Canterbury a couple of times before we got on the right bit and the whole thing took hours. Now it’s a forty minute journey from our hometown.

It’s also close to the continent. There used to be direct ferries from Ramsgate to Ostend in Belgium, unfortunately no more, but it’s still easy to take the train to France or Belgium, and even easier to drive to Dover (and cheap if you fill the car with people-they charge per vehicle not passenger). When I was at school it was actually easier to go on trips abroad than anywhere north of London, so we used to do things like day trips to Aachen or Cologne.

(PS no-one ever calls it the “Chunnel”. It’s always the Channel Tunnel)

The accent
On the one hand it’s nice to be surrounded again by people who speak similarly to me, and not feel like anyone’s going to look down on me as “common”. In fact it’s probably an asset, as you’re not seen as an interloping posh Down From London. On the other hand, it’s not the most beautiful of accents, is it?

The economy
Tourist towns have a very seasonal economy. More work than you can handle all summer, and then a big lull over the winter. Added to that the long-term economic crash in the area caused by affordable travel to Spain since the 60s and lack of investment in the 80s and 90s, which is only now starting to very slowly right itself. My street is a strange mix of newly done up buildings (including a hotel) and grand old Victorian houses that are practically falling apart after thirty years of neglect. My landlord is a builder who bought this flat to do up. He said some of the other flats he viewed made him feel sorry for the people who lived in them, and ashamed that the landlords felt ok about charging money for a building in that state.

The politics
I now live in the constituency that Nigel Farage has failed to win multiple times, and that has a local council full of Kippers and Tories, and a current Tory MP. At least in terms of hope for the future it’s a swing seat that has changed hands lots of times, and tends to follow the winner of the General Election.

I don’t know whether it’s because Farage is a local man, or because the Continent is terrifyingly nearby that fuels the support for UKIP here. (Along with the economic woes). In fact where I’m sitting right now, those scary Belgians in Ostend are 60 miles directly behind my back. Who knows what those bureaucrats are plotting while I’m facing due west?