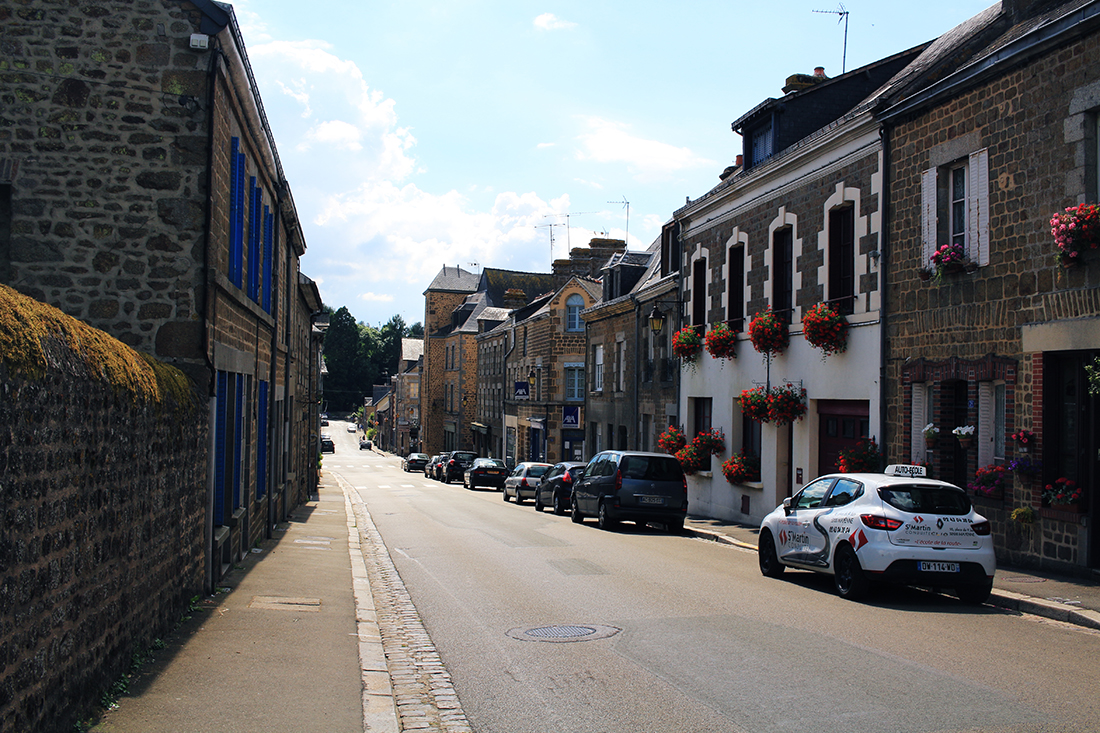 My mother lives in a small town in Northern France called Lassay-les-Châteaux. For a few years she’s had a holiday caravan in a park nearby, and at Christmas she bought a house in the town. The English version of wikipedia has practically nothing to say about Lassay-les-Châteaux other than showing photos of two of the three local castles- one in the town centre, the other two just outside. (The town’s name also sounds like it means “leave the castles” in French). The French entry doesn’t tell you much more, except that a lot of people were guillotined there in the Revolution, the local mayor doesn’t belong to a political party (after a long line of right-wingers), and that Victor Hugo visited once. It’s just not a place where things happen. If you want the quiet life, you can find it in Lassay.

There’s a small town square with a pharmacy, bakers, convenience store, two bars, café, florists, hairdresser and an antique shop that’s rarely open, and a post office a short walk away. There’s a small supermarket and a vets just outside town, but for anything else you need to drive to the next towns, which are just over the border in Normandy.

The picture above is my mum’s street, just off the main square- Rue du Champ de Foire- Fairground Street (the green where they used to have the fairs is a short walk away). Her house is on the left. An old man lived there before, so builders are currently updating it, so no interior pictures yet. There’s steep wooden stairs up to the attic, and a nice walled garden with apple trees in.

This very grand house is a few doors away. I’m not sure if anyone lives there full-time though. Maybe rich people from Paris own it.

This is a more typical modern French house.

The traditional houses are all tall thin terraces built of grey stone. This is probably not people’s mental image of France, they imagine elegant Housmann era apartment blocks in Paris, or Mediterranean villas. Everywhere in the North-West of France looks like this though.

The houses in the town are either very well cared for, or almost derelict. I think there are a lot of buildings where no-one’s quite sure who owns it, due to complicated inheritance rules in the past, and the fact that at one time no-one wanted to live in small towns in Normandy.

The houses that aren’t done up still have things like coal bunkers and outside toilets.

But the houses that people live in are well-cared for, and the town regularly wins local prizes for its flower displays.

This house was awaiting sale. It wasn’t very expensive. I can’t find the listing now, but you can have this house with an identical layout to my mum’s for €33.5k (although it seems to need more work done than hers), or this total wreck for less than the price of a new car. If you do restore the house, there’s a sign with paintchips outside the town hall, showing you the approved colours you can choose from for front doors in the historic zone.

If you walk down by the old castle walls …

You can tell it hasn’t changed for a long time.

A lot of people’s gardens lead out onto this alleyway.

If you walk down to the bottom, you come to the allotments.

And someone’s prize dahlias. At this point it started raining heavily, so I’ll show the castle and lake some other time.