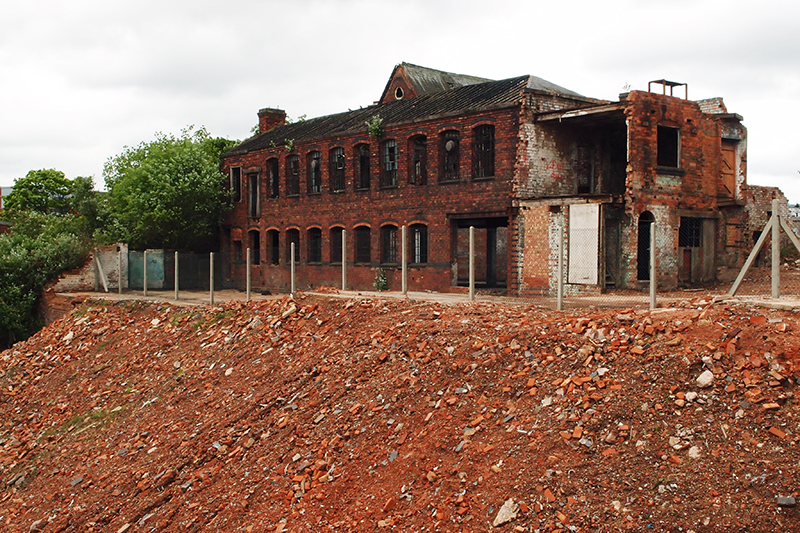 Last week I went to Birmingham for the day. I got some cheap train tickets in the sale, it was only a fiver each way. I had bought them at the same time as my tickets for my ill-fated Glasgow trip the week before (got tickets to see my friend Chloe in Glasgow for £30 return, missed the train by 1 minute due to transport holdup, and Virgin wanted £140 for a new single, so I had to forget about it). Every time I’ve been to Euston recently, I’ve thought “hmm, I haven’t been to Birmingham for over a decade, it’s not far away, I should go there”. So I did.

Last time I was there, they were still re-doing the whole town centre. They got rid of the old 60s shopping centre and built a fancy new one, with a branch of Selfridges covered in dots. I wasn’t really there for shopping though, I wanted to wander and visit some museums and the Daniel Meadows exhibition.

After arriving, I went for a wander round the Jewellery Quarter, which is still mostly jewellers, and has lots of interesting old buildings, but a general sense of decay mixed in with recently done up buildings. It reminded me of Dresden quite a lot. These pictures of neglected buildings were taken in various backstreets between the city centre and the Jewellery Quarter. There are plenty of well-looked after buildings in Birmingham, but there are a significant number in central areas standing around decrepit as well though.