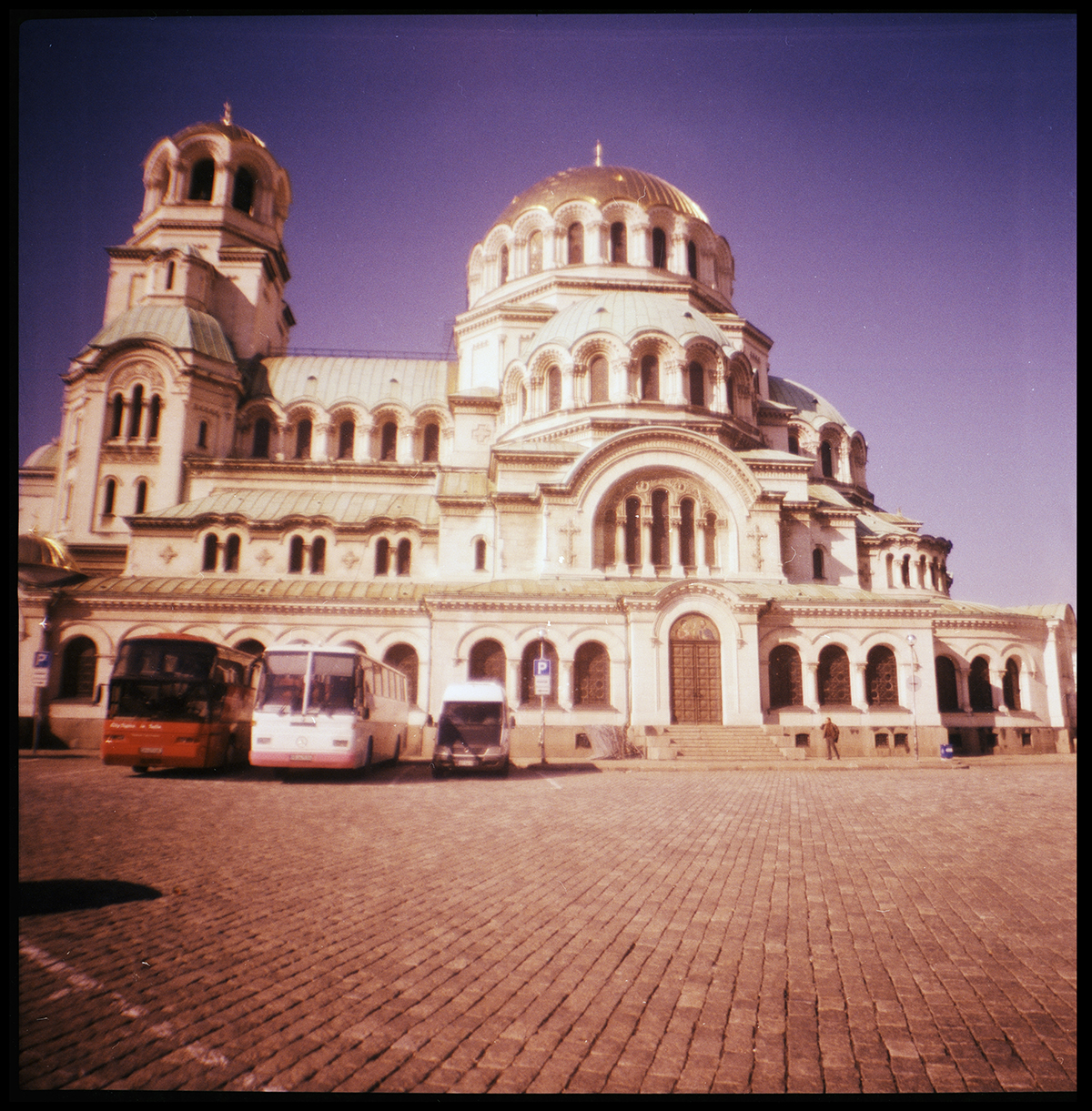 In the fuzzy zone between Christmas and New Year I scanned a lot of old negatives. I’ve recently started going through them and editing the photos. It’s not like travel is going to be much of an option this year, so might as well sort out all my old travel photos that I overlooked.

These were taken with a Diana toy camera on a work trip to visit a school in Sofia, Bulgaria in 2012. It wasn’t the greatest of trips- I got food poisoning, was staying on the edge of town in a commercial estate, had one class who were extremely difficult (also trying the patience of their Bulgarian teacher), and was soon to split up with my extremely awful then boyfriend.

The outskirts of Sofia are pretty drab, but the old town is very pretty. I would probably choose somewhere else for a holiday in Bulgaria though- the food was great and the people very nice, and there are much more scenic places in Bulgaria than Sofia. In fact a lot of people I met told me that they didn’t “really” live there. They might have a small flat in the city because their job was there and they couldn’t earn any money back home, but they considered their real home whatever village  their relatives had a house in, where they’d go back to as often as possible.

A multiple exposure of the cathedral. The film is some kind of Kodak slide film, cross-processed.

Something went wrong with these two shots of the racks of souvenir Orthodox icons. It’s still just about legible what they are.

This would have looked great at the right exposure.

Still quite a lot of Communist era statues around.

Replica medieval frescos on the Institute of Architecture building. Also a pity this didn’t come out better.

Sofia is a contrast in that the insides of most flats are visibly very nice and well looked after inside (and the cars are all carefully washed too), but people couldn’t give less of a shit about the street or communal areas. I guess if they feel they don’t “really” live there, it doesn’t seem important.