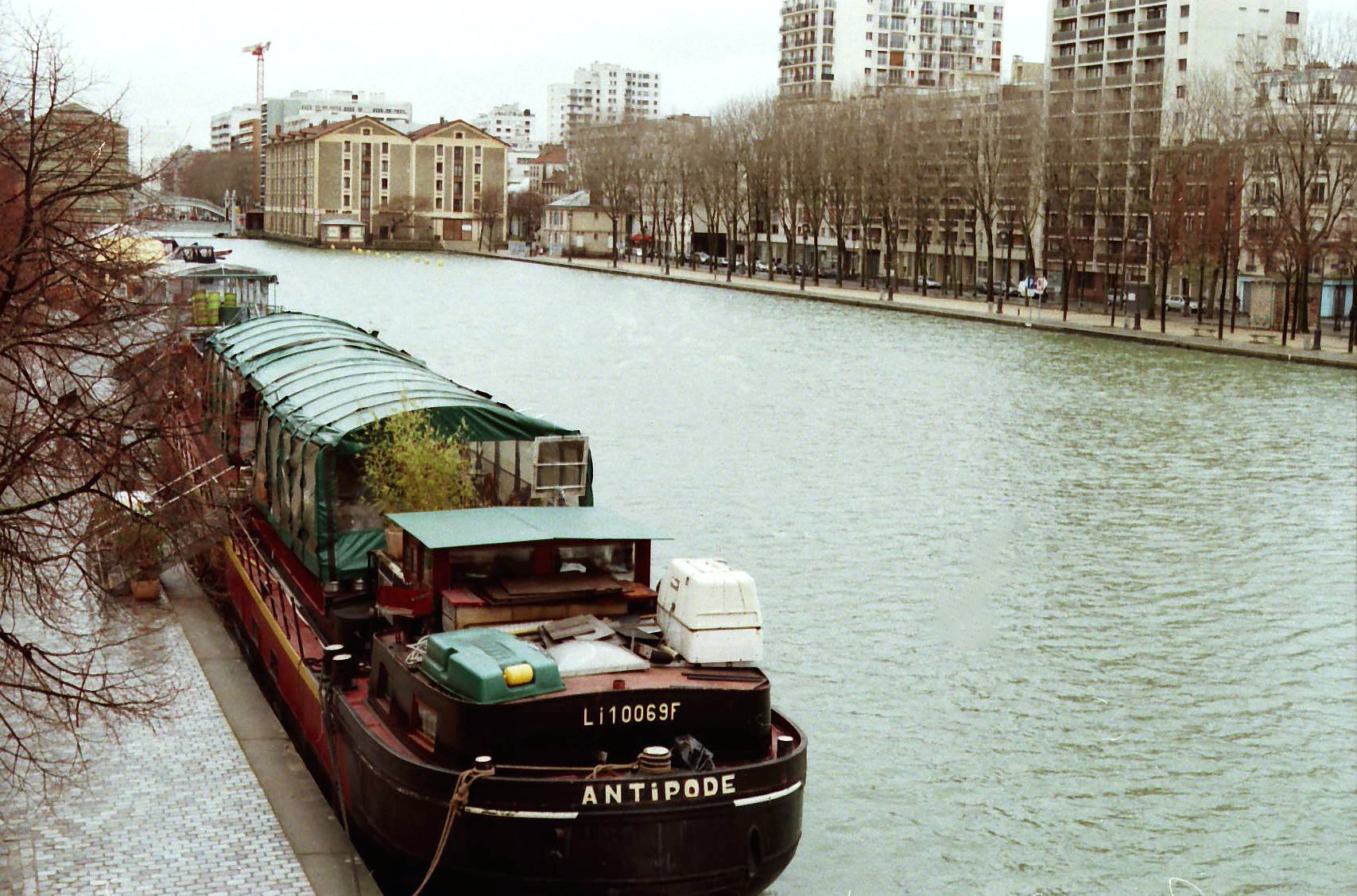 Here’s some more pictures of Paris, this time of the Canal Sainte-Martin, once again taken with an old Pentax ME Super from the 70s. The film was expired and from Poundland, and went through the x-ray machine at the airport, which resulted in it having a red cast. I colour corrected it out where I could, but the pictures don’t quite reflect the aqua green water as I saw it. I also took some b&w pictures of the same area, which I’ve developed but not yet scanned.

One of the locks.

There were a few of these kiosks along the canal, seemingly unused. Perhaps they’re only open in the summer.

Interesting block of flats down a side street.

Seating area near the basin.

Metro stairwell. A lot of the Metro system in this part of Paris is actually elevated rather than underground.

There were fewer houseboats than I expected.