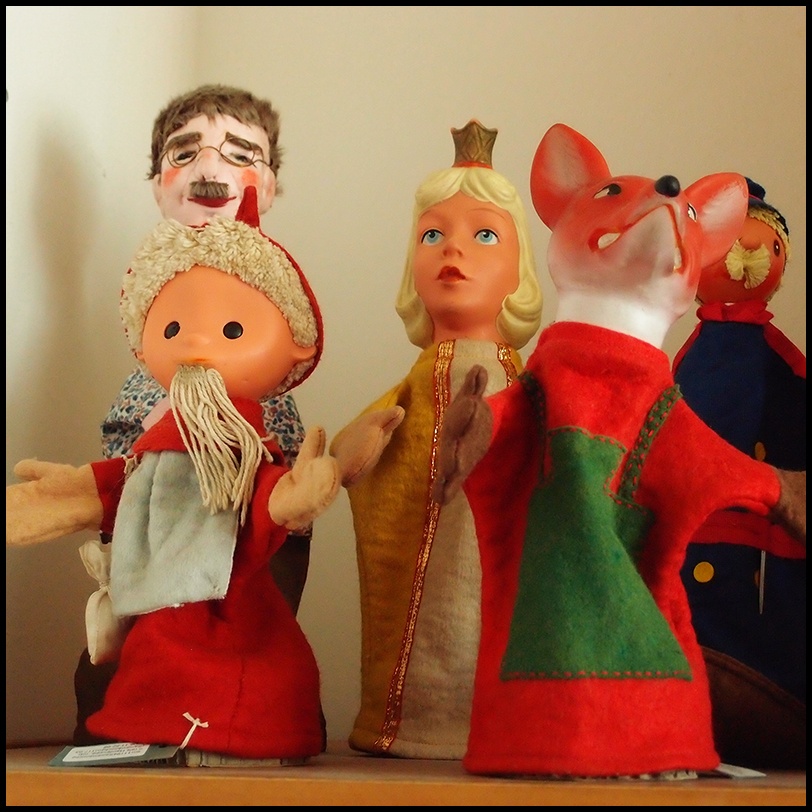 I’m fascinated by the history of the Cold War. Both the political side, and the social history of people’s everyday lives. I’ve always been extra fascinated by the former DDR, both because I can speak the language and because they tried so hard to be a “model” Iron Curtain society. You read about people being “internal emigrés”. Being a good comrade and worker on the surface, but internally escaping to their own world via drink or just plain daydreaming. I suppose that’s what I’d do in the situation. I have a lot of thoughts on the subject, but I’m currently writing a zine about the trip this summer, so I’ll save them for there.

While I was in Dresden, I went to the DDR Museum in nearby Radebeul with my work colleague Hazel. It advertises itself as a “time travel experience”- it’s basically a huge office block filled with everyday objects from the communist days. They have rooms set up as a typical office, school, shop, flat etc with information about the daily life. Unfortunately most of the information is only in German, and so I had to do a lot of translating for my friend, who doesn’t speak the language.

Good old Trabant. The Russians made off with all the steel presses at the end of the Second World War, so they made the cars out of fibreglass instead. The engines are essentially a motorbike engine, and they are very cheap to run, are surprisingly safe and go on forever, but they are polluting and can’t go fast enough to go on the motorway. The features are very very minimal- there is no petrol gauge, you just use a dipstick. Apparently you shouldn’t leave them unaccompanied around hungry pigs- see this film for details. I’ve seen students and old people in Budapest driving them as an economy car, but I didn’t see any in Saxony, where they were made.

I liked the bikes. I wouldn’t mind that saddle bag myself.

This was my favourite thing in the museum- a kit for turning your electric drill into a lawnmower. If the shops never seem to have what you’re looking for in stock, and get things on a bizarre delivery schedule, things like this will appeal. I bet it didn’t work very well.

Kitchen. You weren’t supposed to listen to West German radio, but of course people did, and just kept quiet about it.

Post Office. The ones in West Germany and the current reunited Germany use the same lurid shade of yellow too.

Office. Check out Lenin supervising things. There was a photo of Eric Honecker on the other wall. I always think he looks like a combination of the Two Ronnies.

Office vending machine. In the compartments are sandwiches made by the tea lady and put on a plate. Pretty much all the options are bread + sausage.

Typewriters. You had to have a licence to own a typewriter, and the Stasi kept sample pages of all typewriters in their forensics department, so they could tell who had been typing anything they didn’t like. There wasn’t actually any large-scale organised resistance movement in the country. The sort of level of pointless diligence you come to expect from them.

Adding machine. They were probably using this right up to 1989. If it ain’t broke, don’t fix it, and keep on producing it in the heaviest materials you can find.

They did have computers though. Probably guaranteed to not work with anything else on earth. Good brand name though.

Print shop. You can bet they kept a very close eye on who was allowed to work here. What if people made some illegal leaflets?

The bank. Where people kept all their spare cash they couldn’t find anything to spend on. No adverts for loans here. When I lived in Budapest, a Hungarian friend told me that in the communist days, everyone used to have an envelope of cash for impulse purchases on them. The rent, food and transport were all very cheap, and wages were decent, but the shops were often very badly stocked, so there wasn’t much to spend the rest on. So people would carry cash around in case they suddenly saw something interesting or useful which the shops had in for once.

The grocery shop. Some of these products are still available- the nice ones. Most of the others are long gone.

Mocca-fix is still a popular brand of coffee in E Germany- although I imagine it has a higher percentage of coffee over chicory than it did in the DDR days.

You can still get Argenta chocolate too. It’s pretty nice. The meat salad can is one of the most unappealing things I’ve ever seen.

The beers are still going strong too.

Hairdressers. The haircuts cost about the same as 2 or 3 of the work sandwiches.

Toiletries. I have a book about East German product design. The tampons were frankly terrifying.

Lots of staticky polyester going on in East Germany.

I used to have this same washing machine in Budapest. It was incredibly loud, and walked across the floor when it was on, despite the brick the landlord had given me to try to stop that happening. I usually went out when I wanted to put the machine on. It has an interesting array of clamps to stop the water getting out too.

More laundry stuff. I don’t know how long people kept on using mangles in East Germany, there was no information.

Reel to reel tape machines. Don’t record anything subversive on them- the Stasi are listening! (Probably via your nan, next-door neighbour and cousin)

As well as their own home-grown acts, an eccentric assortment of Western acts were allowed through too. Born in the USA was allowed, interestingly, because it was criticising America.

I used to have a made in the DDR guitar amp. It cost me £3 in a charity shop and was thoroughly terrifying. I’m amazed that thing never blew up. It appeared to be stuffed with lead too.

Puppets- Sandmännchen and friends. I actually used to have that exact queen puppet when I was a kid. I wonder if the set came from East Germany.

Dreary replica cafe. We made the mistake of eating in the actual museum cafe. The food there was as historically accurate as the museum exhibits. It wasn’t fun.