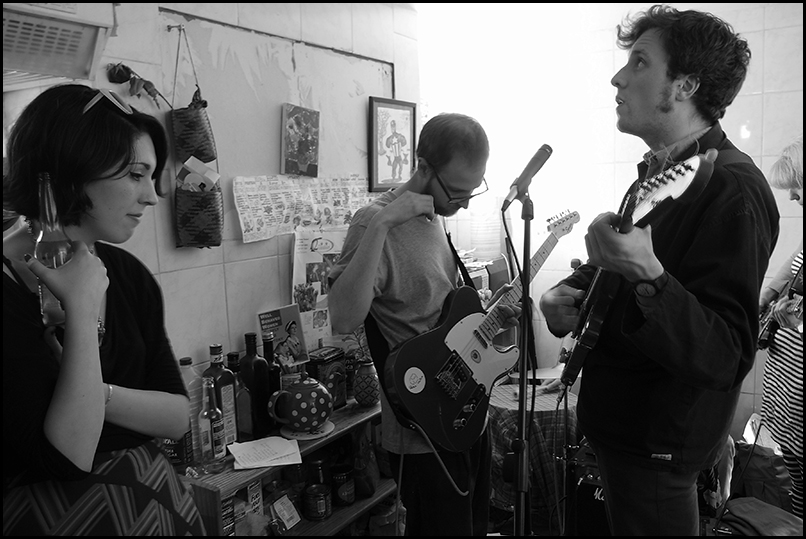 Last weekend I went to a house gig in South London. These things seem to be few and far between in London, because people tend to be pressed for living space. Hugh, the host, played, and the other bands were all various configurations of my friend Nicol from Sussex and three of his friends from Bristol and London. One of the residents of the house is a little girl, who helped out by finding a toy drum and a stick from the garden, and joining in as a second drummer while wearing a princess dress (while jumping up and down on a trampoline too when Roxy played in the garden). All gigs need more of that. (Also, something is weird with Bandcamp – the audio controls don’t appear in the preview, and you can’t centre them)

The Nervy Betters
(This was my favourite song of the day)