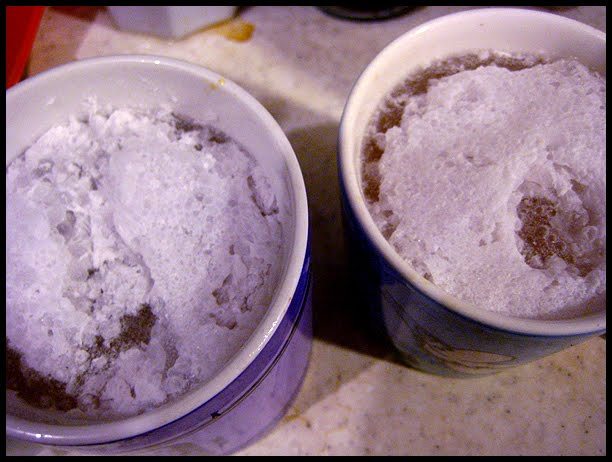 Last night I went to Moogie Wonderland. It was Ides of March themed this time, and I made them some stuff.

This is a projection on the life of Julius Caesar made with cardboard and chromakey. It’s clunky as hell, and there’s no way I’ll use it for uni, but I got it done in time for the event, and that’s what matters in this instance. (Also the audience is drunk people, and they’re not known for their attentiveness or attention to detail). My main beef with it is there’s too much text (it was the only way I could think of to get the story across when I didn’t have time to do more sophisticated animation) and most of the silhouettes are too basic. I’m going to remake it, with much better compositions and just generally at a higher, more sophisticated level.

Before I went, I went round Tukru‘s and we drank some Parma Violet vodka I’d made (put sweets in booze, wait, drink). Last time I made it it was delicious, and foamed slightly when mixed with lemonade. This time though it made huge heads of sugary fluff, which was just wrong. I don’t know what happened, maybe it’s something to do with different brands of lemonade or something. We drank it anyway. Drinking cold drinks out of mugs also confused my brain, it kept expecting hot tea.

The other two things I made were games based on Roman fortune-telling. The birds had twee fortunes on the back, the liver had fortunes based on bad puns about the romans culled from Carry On Films, Up Pompeii, Life of Brian and any groan-worthy one I could think of.

There were videos to explain:

List of Bad Roman Jokes:
Beware the Ides of March (and April, May and Jun)
All roads lead to the dancefloor
You’ll have some jam for tea
You’ll have a rat for tea
Infamy, infamy, they’ve all got it in for me (you)
In Vino Veritas- treat yourself to a nice drink
A good Roman knows where to go
Chathamo Delenda Est
Caecilius est in horto- make of that what you like
What’s the Latin for Roman? Come on, come on …
Et tu, Moogie?
A funny thing’s going to happen on the way to the forum
How about you and me get toga-ether?
There’s no place like Rome.
Render unto Caesar what is Caesar’s- buy a balding man a drink
Veni, vidi, vici- this calls for more vino
Eheu
Latin is a language, dead as dead can be, first it killed the Romans, now it’s killing me
Friends, Romans, countrymen, lend us a fiver.