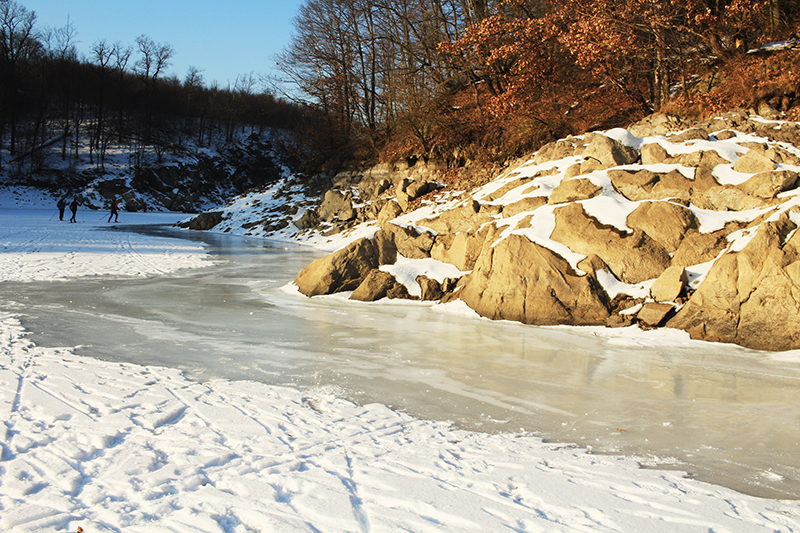 I’m in Brno in the Czech Republic for a week before starting work in Austria next week. The Czech Republic is having a much colder winter than usual, with heavy snow. Yesterday we went down to Brno Resevoir, which had unusually frozen over. We walked about five miles up the river Svratka over the ice, up to Veveří Castle, on a thick layer of snow over ice. The ice made some ominous cracking noises, but there were lots of people skiing and walking dogs, so it was safe enough.

There was the occasional patch of exposed ice.

And this unidentified dead animal. A deer? A fox? Either way, it was very dead.