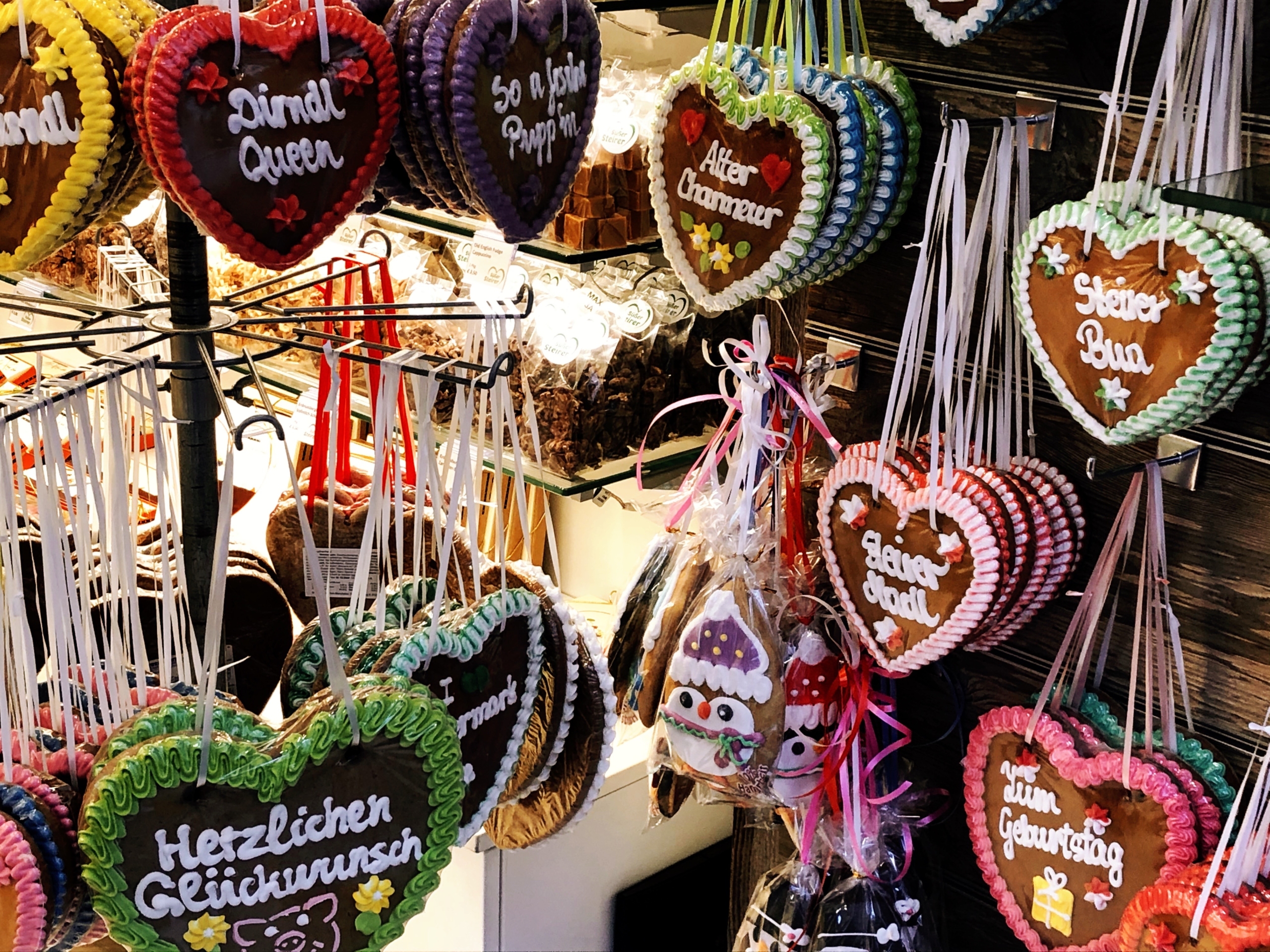 En route to my next work assignment in Deutschlandsberg near the Slovenian border I stopped off in Graz overnight. I’ve been to Graz loads of times (albeit never for more than a day at a time). It’s a really nice city, even if everyone does have a thick Arnie accent.

It was chestnut season.

This optician’s has a vending machine outside that dispenses novelty sunglasses (this is where the green sunglasses my friend Joe was wearing in these Bismuth promo shots I took came from. It was empty when I walked past.

The entrance to a big shopping centre, believe it or not.

If you need a gingerbread heart with a cheesy iced motto in Styrian dialect, you know where to go now.

Spar delivers on the hoof-free treats.

Raking in those tourist euros in the train station with locally set thrillers. “Graz in darkness”, “The Ghosts of Graz”, “The Angel of Graz”, “Graz Rage” and “The Dance of Death in Graz”. More on the lower level too (also adapted for TV) “Styrian Blood” “Styrian Child” “Styrian Cross”.

Just what I fancy buying in a toilet, a tiny box of ancient dried up gummies.

Instant mulled rum. You mix the concentrate with hot water and drink it after skiing.

Decoration of the hotel lobby. I’ve stayed here a few times as it’s right next to the train station, nice, and they often have discount rooms. The decorations change a bit every time.