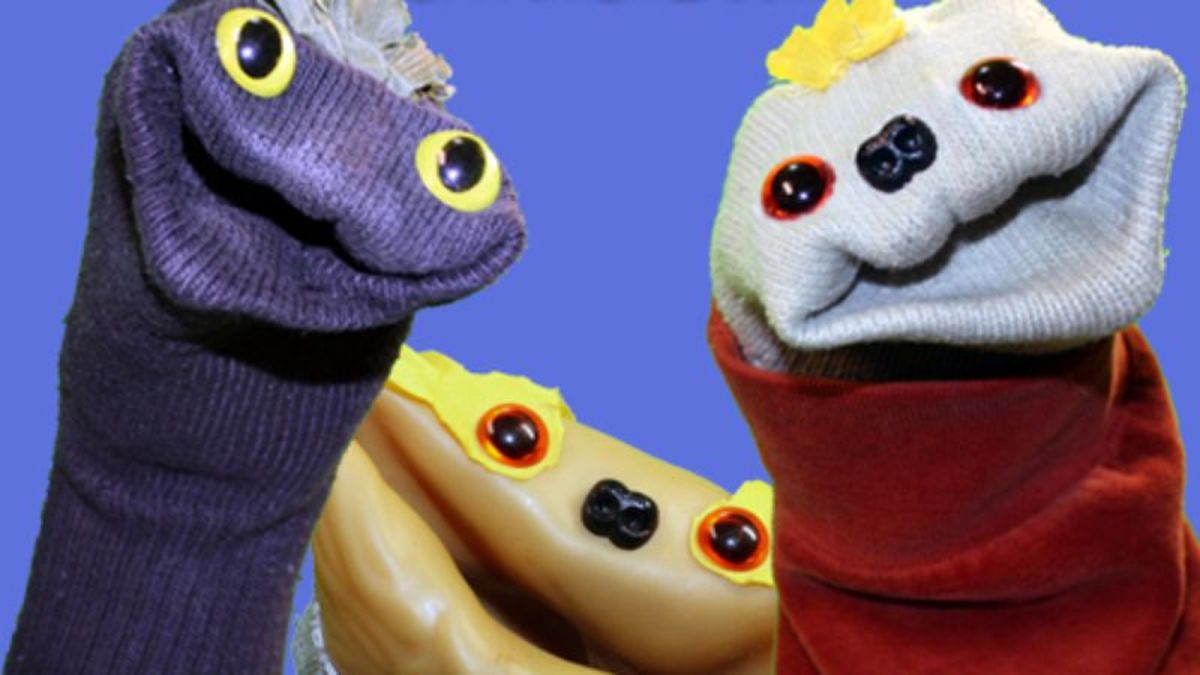 I was a teenager in the dark ages when you had to have lightning reflexes to tape songs you liked when they came on. I didn’t have cable or satellite at home, but I did a lot of babysitting at houses where they had the music channels. My mum had come home one day with a stack of neon green videos, pleased with how extremely cheap they had been, but on closer inspection they turned out to be only 30 minutes long and useless for films (ah yes the days when you used to video films off tv), so I used them to make mix tapes of music videos.

I had finished school and graduated university before social media was even a thing. I had internet at home as a teenager, but it was extremely slow dial up and useless for music videos (only places like universities had broadband). YouTube didn’t even exist at that point. So I actually used to get a lot of use out of those mix videos, which would probably seem completely bizarre to modern teenagers. Along with the excitement that seeing one of Your Things come up on tv or radio if your tastes ran any way alternative.

I’ve stuck to stuff I remember putting on these videos between 1998 and 2002, rather than picking out things from the era with the benefit of hindsight, so it’s a ragbag limited to what was shown on music channels and appealed to me at the time. If I was making a playlist of things from the era, I would pick completely different things. Almost none of them are HD either. They’re too old to have been uploaded in HD, but too recent to have been vintage things recently digitised. (I also made a YouTube playlist of them here)

For people born in the late 70s and early to mid 80s, this will probably be a huge nostalgia trip. I feel like anyone born after that inhabited a different media landscape. For example I was old enough that Pete Doherty wasn’t the Wildred Owen of British Indie, seen only in breathless media coverage, he was “that annoying guy a few years older than me who’s sometimes at the pub I frequent”. The music press also dramatically changed in its approach at the start of the 2000s which is something I’ll save for writing about another time.

Sifl and Olly however was also a given. Nowadays people making this kind of video would just go straight to YouTube and have instant viewer feedback and advertising, for better or worse, rather than the 90s strategy of paying Liam Lynch to make a whole load of little videos at once on a shoestring budget and interspersing them between music videos.

This kind of super saturated cross-processed look was really popular for music videos and press shots at the time. And probably created the actual analogue way by deliberately processing film in the wrong chemicals rather than by shooting digitally with neutral colours and then changing them with colour grading on a computer.

Just generally kitschy surreal videos. I went to see the Smashing Pumpkins at Wembley on one of their last tours, and I was pretty disappointed. Still the only Wembley concert I’ve been to. I’ve avoided stadium concerts ever since.

I’ve encountered a surprising amount of people in the last few years who HATE Pavement. I was surprised- I didn’t even realise that was a thing.

When I was 15 or 16 or so we had to give a multimedia presentation as a school assignment. Of course computer projectors were not a thing then (or at least not affordable by schools), we were still on OHP film. So I did my presentation about Sonic Youth and brought in a video with this taped off the telly. Except the school video machine didn’t like my tape and played the video at half-speed with no sound, and I had to let people imagine what the song sounded like.

For some reason my school friends never got into the Pixies as much as I did.

A lot of them liked Jane’s Addiction though, and this video was on constant repeat on the music channels.

This of course is the prime era of Nu Metal. I was never really into it. I had a lot of friends at school who really liked Korn, Coal Chamber, and most of all Machine Head. I’m happy to listen to Machine Head and Sepultura (as much as only the last two albums get roped in to Nu Metal, and it’s probably an insult to label them as such), but I always thought Korn, Limp Bizkit, Coal Chamber etc were cheesy as fuck. However I still regularly listen to the Deftones.

I really loathed (and still do) Limp Bizkit, and especially how homophobic they and some of the other Nu Metal bands were.

It also makes me laugh that this song was a cynical marketing exercise. The record company execs pushed the band to have a single to take on Limp Bizkit et al, so they took the much better and longer album track Pink Maggit and slapped a hasty one take vocal onto it and did one of those high school rebellion videos that were really popular at the time.

Bonus Deftones content: This song makes me think of being drunk. The area I grew up in had a flexible attitude to legal drinking ages.

I used to go to a local alternative night pretty much every week. It was shit, but they didn’t check ID, and in those days pubs closed at 11pm in the UK, so there were a whole load of shit clubs that stayed in business because they were the only place open late. This place had an indie room and a metal room. The indie room was too much Real Lads Real Haircuts Oi Oi interspersed with bullshit like Crazytown, and the metal room had too much Static-X and Limp Bizkit, but it seemed better than staying in.

I was a big fan of NIN as a teenager. The logo was made for tippexing onto things. Mid 30s current me sometimes cringes at the cheesy lyrics though.

In a completely different scene, Rival Schools were really popular, but if you weren’t there at that specific moment, it probably passed you by.

I also remember them having to change the title of this song because it was “unpatriotic”. I also was really disappointed with the rest of the album as compared to this single.

It’s almost guaranteed that if someone is/was a big fan of At the Drive In and Trail of Dead they’re much the same age as me. Those two bands go together inextricably.

I was also a big fan of Idlewild in their rolling on the floor stage. I lost interest when they went into the big ballads. I’ve still got all the 7″ singles off this album. The video for this reminds me of the Icelandic film Noi Albinoi

I feel like Seafood are probably almost entirely unknown outside the UK. The bass player is a very nice man, and now runs Tome Records in London.

I always misremember the lyrics of the second part of the song from the album version as “a frog it cannot comprehend the sea, nor me balsa wood”. Paul Draper has grown up to be a creepy old guy sadly, judging by reports of the reunion tour last year.

Both Gorky’s and Adam and Joe were very much a thing at the time (and both very enjoyable). That knitted poodle stars in the Adam and Joe version of Showgirls.

In the mid 2000s I saw Gorky’s play a double bill with Yo La Tengo in the shopping centre in Basingstoke. It was a strange experience.

Mercury Rev were also everywhere. They are also always linked in my mind with the Flaming Lips.

There are loads of these kind of 90s one hit wonders- Steal My Sunshine, You Get What You Give, How Bizarre, The Way, but this is the best one. It used to be in a beer advert that was on Channel 4 about every 5 minutes too and makes me think of pausing the tape while videoing stuff like the Craft or Kids off the tv.

You rarely encountered Stereolab or Broadcast videos on MTV, but at least they sometimes played Ladytron.

This is probably one of the last videos I recorded like this, before I left home and had better things to do with my time. It always makes me think of my friend Sanjay.

And last of all, a video that never dates.