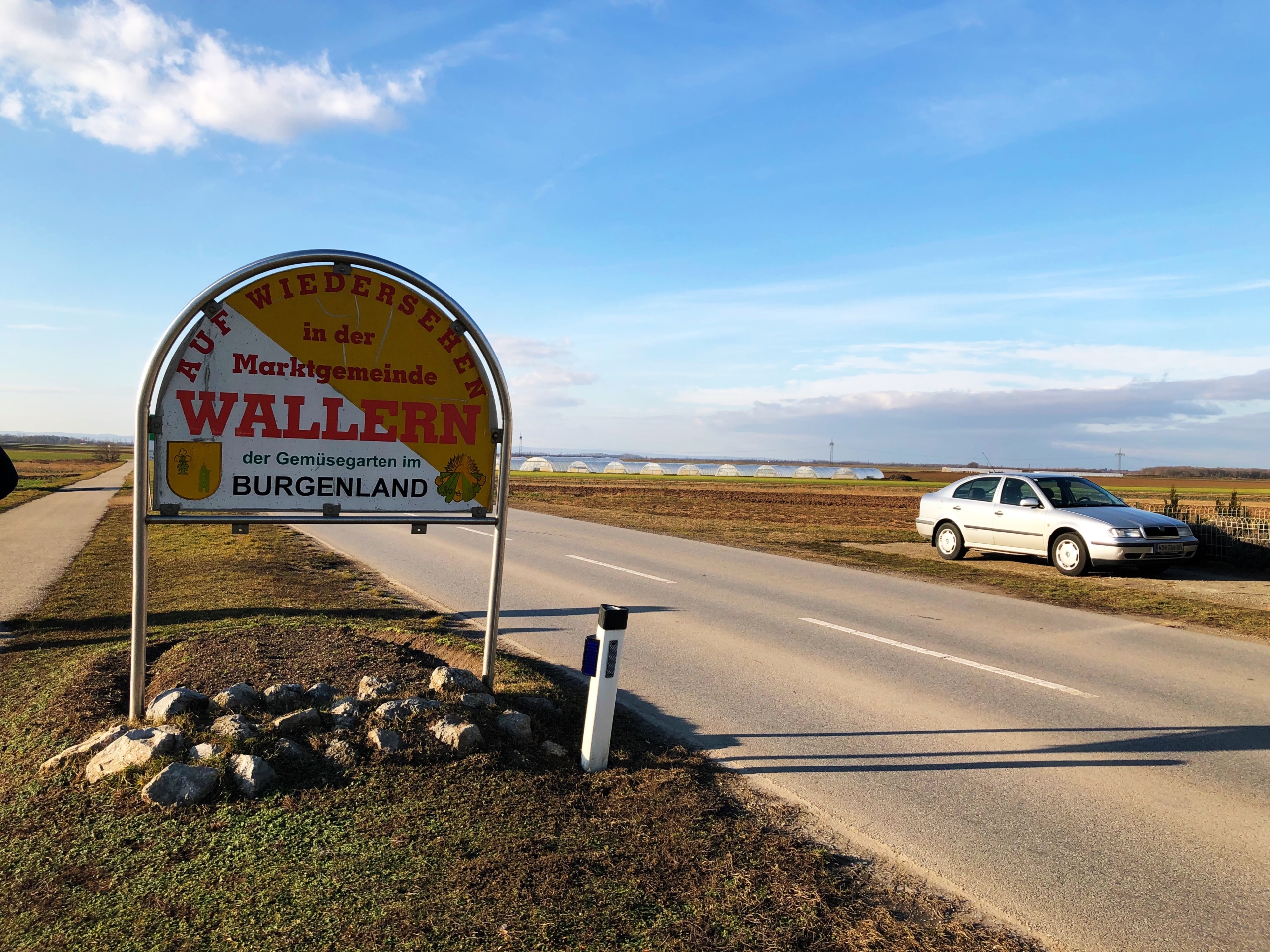 My next work assignment was in a small village called Pamhagen on the Austria-Hungary border. The main hotel in the village was closed, so we were put up in a neighbouring village called Wallern-im-Burgenland. Pamhagen is only about 70 miles away from Vienna, but it’s a million miles in reality. Until 1989 it was pinched between the lake and the heavily militarised Iron Curtain. The border is open again now, with no passport controls (thanks Schengen Agreement!) but the area still feels like the end of the line.

It’s also not what people expect of Austria. Most people aren’t aware that Austria has a prairie area at all. It’s completely flat from here until Romania (howling artic winds included at this time of year). And extremely agricultural (with matching strong local farmer accent). Many of the teenagers I taught at the village school were about to embark on agricultural apprenticeships.

It’s also just a short hop across the border to Hungary. On 3 days out of the 5 I was there we had dinner in Fertőd across the border, as it was nicer and significantly cheaper (and things being closed all the time was a constant theme in Wallern). The train took five minutes, but unfortunately there was only one every 4 hours.

Flat, with howling winds in February.

Leftovers from the carnival. More on that later.

€2 find in the supermarket. Yes, I bought them.

All go on Wallern high street. There was a mini Spar there. For everyone’s convenience, its opening times were 6.30-12 am, then 2-6pm. Please do not inconvenience them by wanting anything at lunchtime.

Extremely weird playpark by the train station. The station itself is a slab of concrete on the floor with no ticket office, waiting room, or even ticket machine.

I have a feeling that if you lie down in the Big Corn, you will never be seen again. All very Eerie Indiana.

We trekked a few miles across this frozen windy tundra because my coworker saw there was an animal park where you could pet goats and ponies. The website claimed it was open that day.

Approaching the animal park. The only trees for miles.

Oh, what’s this? A piece of paper pinned to the door saying “Closed til Easter”? Let’s trek back across the frozen tundra and eat a pot noodle in our hotel rooms, because the only restaurant in town is now closed too.

Leftover party decorations at school from the student party.

The chickens I could see from one of the classroom windows.

In both Wallern and Pamhagen the local schools were next to the graveyard.

Leaving! This is the entire train station.