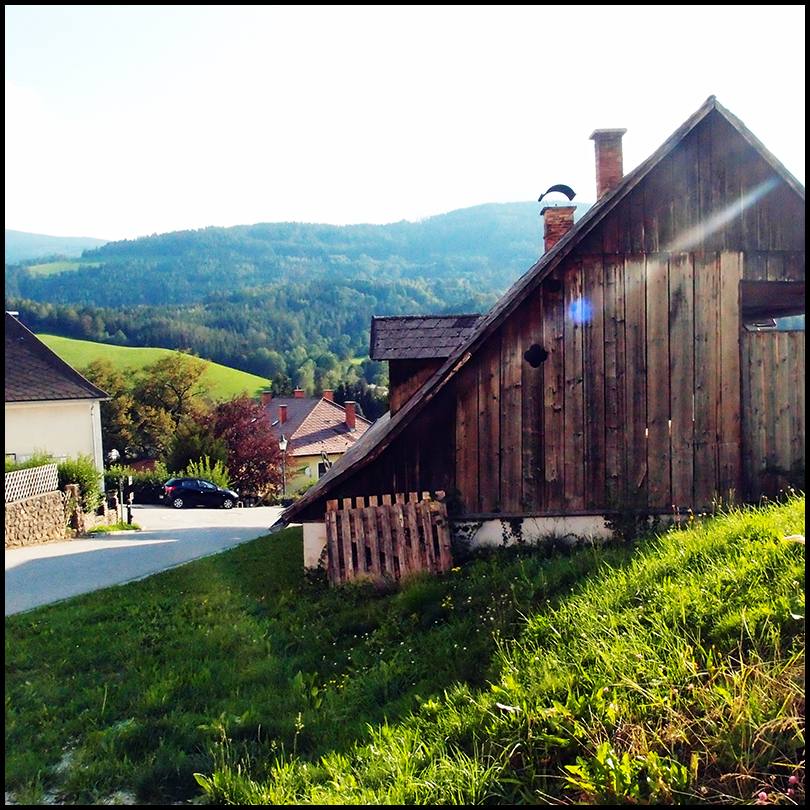 Last Summer I spent a week working at the junior school in Kirchberg am Wechsel, a tiny mountain town on the eastern end of the Alps on the border between Lower Austria and Styria. It is essentially one long street between some mountains, with “Lower Austria’s finest stalactite cave” (more on that later) and a yearly Wittgenstein festival. As mountains go, by Austrian standards they are pretty tame, mostly being below the tree-line. When I said something to the kids about the mountains they basically went “what mountains?” and when I pointed out of the window they went “oh yeah, those, there are much better mountains in other places”. Still, I like any kind of mountains, and the Wechsel is still 1,743m high, so it’s hardly a hill. Mountains/hills and water, that’s what I like. I wouldn’t do well somewhere like Kansas.

The landlady of the guesthouse cooked me loads of amazing vegetarian things with pumpkins, and mushrooms she’d picked herself in the mountains. The portions however were intended for people doing serious hiking rather than making sock puppets with junior school children, and I kept worrying her that the food was no good because I could never clear the enormous platters. I also drank a lot of Almdudler.

It was the kind of place where when you go to the supermarket, the cashier goes “oh, you must be the English teacher!”. The local branch of Spar also sells lederhosen and dirndls. You know you are in rural Austria when you can buy lederhosen at the supermarket. And yes, people do honestly own them and wear them on special occasions. They are quite expensive actually, about €300 for an outfit, and made of really nice materials. This magazine also exists, with patterns to sew the various featured dirndls. Flicking through the magazine feels like living in some pleasant but odd Heidi alternate universe.

The local accent was pretty strong, kind of a cross between Vienna and Styria. The following week I was in Feldkirk on the Swiss/Liechtenstein border where they have a totally different accent (and which is in general a more cosmopolitan area) and I had to remember to change my pronunciation of kirk to not get laughed at. In Kirchberg it’s like keeerrrrkbeeerrrrrk and people will not get you if you pronounce the town name any other way, in Feldkirk they pronounce it as you would in English.