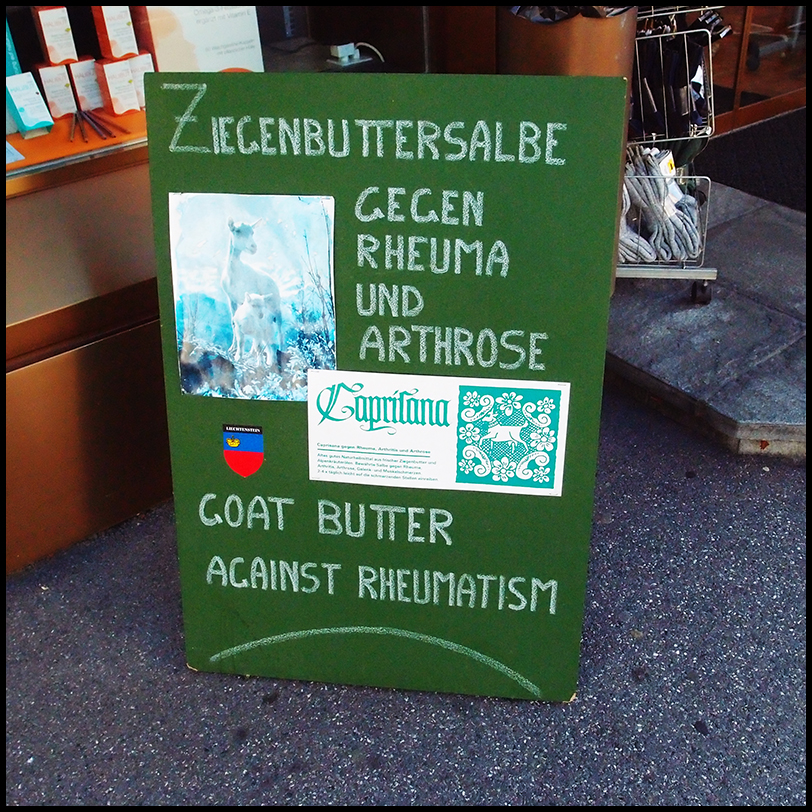 In other old photos I’ve dug out recently, here’s some photos of Liechtenstein from last summer. I’m currently writing a zine about that trip, so I’m not going to go into a lot of detail here.

Liechtenstein is a very weird place. It’s one of the smallest countries in Europe, and is essentially a small Swiss town that is a separate country by historical accident, and now stays a separate country because they have a nice income from being a corporate tax haven. The entire country has one high school. I was working at a school just across the border in Austria, and there were a fair few students from Liechtenstein at the school. The capital Vaduz has a small parliament building, an impressive castle, a small museum like that of any small town, a really big and impressive modern art museum, a big post office that does a roaring trade in souvenir stamps and a town square with some expensive cafes and assorted useful shops. There’s, Schaan, a suburban town where most people live, a couple of other villages and a big supermarket, some lovely mountains and that’s the whole country really. I saw pretty much most of it in an afternoon, which you can’t say for most countries.

The local health food shop was offering this. I don’t think I’m going to take them up on their offer.

I liked these horse statues in the town square.

This is the parliament building.

I went in the National Museum. It was fairly small. I also had the option of going to the Stamp Museum which I liked the sound of, but I didn’t have time to both go there and the Modern Art Museum, and I wanted to go to the art one more.

I liked this model showing the various building stages of the Castle. The Castle isn’t open to visitors because the Prince still lives there. Apparently once a year they have a big party for all the locals though with huge amounts of free beer.

Both national newspapers. Yes, they really are called the Peoples Page and the Fatherland. I don’t know if they’re as dull as the Zürcher Zeitung. The NZZ takes quite some beating for dullness. That headline says “The Prince pushes for a decision”, in case you were wondering.

I liked this little votive altar in the museum. It’s still a very Catholic country (as is Austria). Until the 70s when they hit on going into finance it was also a very poor country where most people were farmers. The museum was very proud of the fact the country had very rarely been involved in any wars, and had disbanded the army altogether in 1868. However they didn’t give women the vote until 1984, so it’s all swings and roundabouts.

The other main industry in Liechtenstein apart from being a tax haven is making false teeth.

This thing was just labelled Schnappshund. I think everyone needs one to drink out of.

Enormous historical banknotes. They switched back and forth over the years between using Swiss and Austrian money, depending on which country was most reliable at the time. These days they use Swiss francs, but they were fine to let me pay in Euros in the shops as long as I didn’t mind getting my change in francs.

Typical bad museum dummies. I can’t remember what he was meant to represent . .