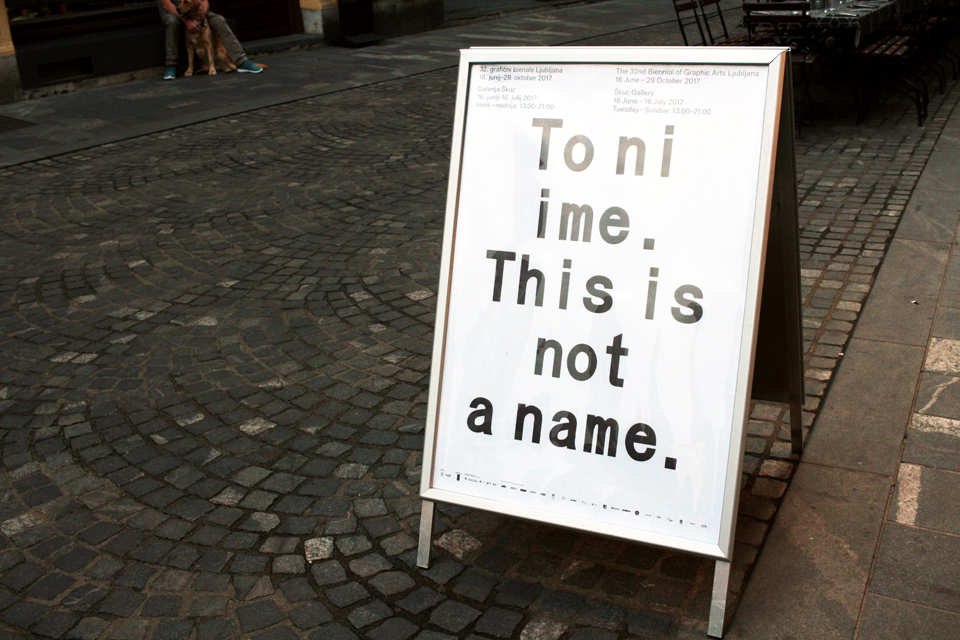 This summer I had to chance to go to both Documenta in Kassel and the Ljubljana Biennial of Graphic Arts. Here’s my photos from one of the Ljubljana Biennial exhibitions that allowed photos. The theme of this Biennial was this poem by Slovenian writer Jure Deleta (and inspiration from Karel Destovnik). There was no overall curator of the festival this time, previous winners of prizes were allowed to each choose an artist to take part. Ljubljana is a small, easy-going city, and so was the art festival, although the artwork and exhibition presentation were high quality. None of the stress of Documenta. I have written a zine about my trips to Slovenia and Croatia this summer, available here, and am in the process of writing one about my time in Germany.

There’s an article here about some of the other exhibitions in the festival (although the journalist wrongly seems to think Slovenia was a Warsaw Pact country, and also that there were no Slovenian artists in the festival)

As you come in there were these sculptures by Dragica Čadež

In the next room was this installation of geomancy illustrations by Marika and Marko Pogačnik titled Message from the Bosnian Pyramids (there are actually pyramids/pyramidical hills in Bosnia, but the consensus is that they’re naturally formed)

Here’s some closeups of the illustrations. The majority of them have captions in Slovene and English. As far as I can tell they say the same thing. The English texts on these read: “Intuition concerning the birth of the earthly universe” and “Geographical hand of Greece and its spiritual movement”

This one reads “Contribution of the Pannonian Plain to the belly of Europe”. The Pannonian Plain is the flat area of Central Europe which is home to Vienna, Budapest (in fact the majority of Hungary), Bratislava, and parts of Romania and Serbia, and has some of the richest farmland on earth.

These ones read: “Meditation on the origin of the creative word” “The water of the Adriatic Sea collaborating with the minerals of Dalmatian Islands”, “Relationship between Bosnia, Slovenian territory and the Alps” and “Primæval atom of existence kept in the belly of the Balkans”.