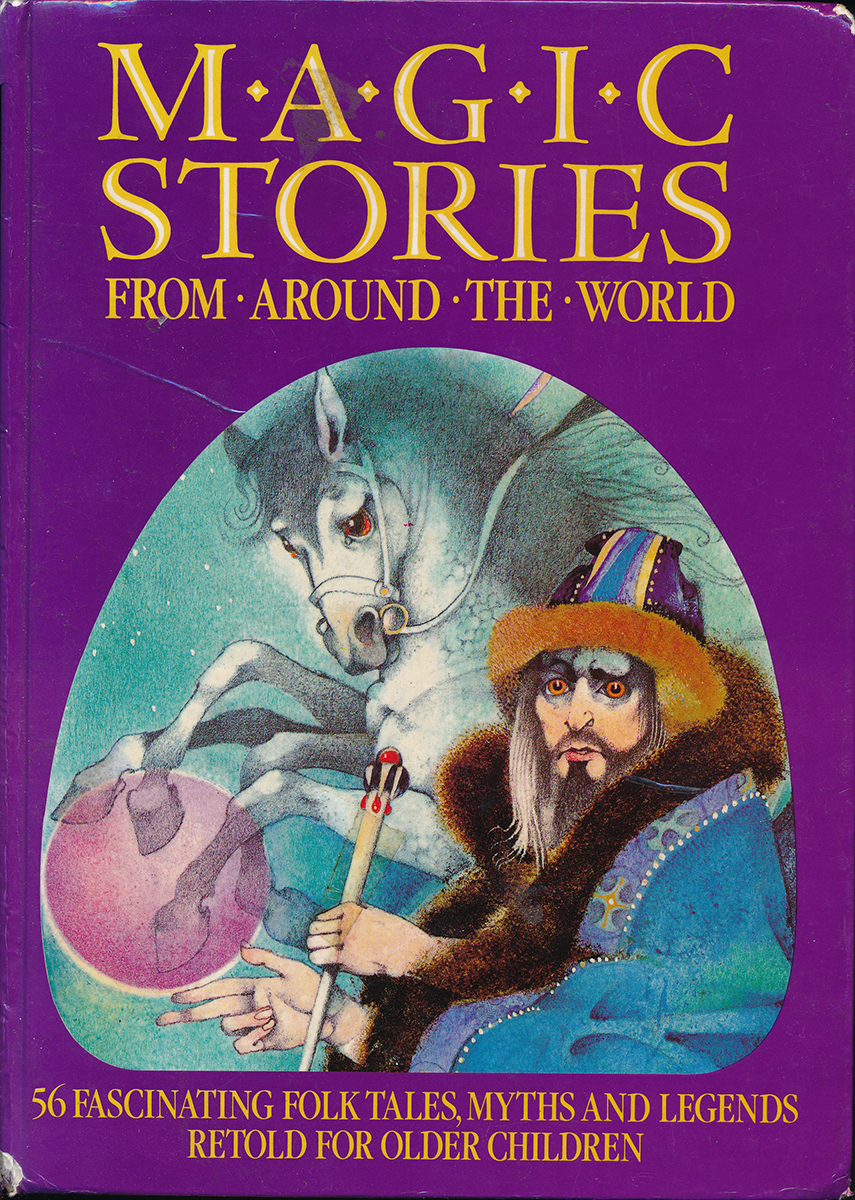 Magic Stories From Around the World (1986)

Here is another scan of a vintage book I have had since I was a child. This is a collection of myths and legends from around the world. It was originally Czech and translated to English, and has a large selection of central European stories less known in the UK, along with stories from places like the high Arctic and Polynesia. There are also illustrations by three prominent Czech illustrators. I’ve included links to some of the stories (albeit not told as well online as they are in the book).

Loki and the otter.

The Mice of the Rhein

Here is an article about Teissig’s poster design. And another here.

The Dawn of the Norse Gods

The treasure of Soest. An an adult who has had to travel via the dull provincial German town of Soest on a Sunday several times now, it tickles me that it’s the home of fable treasure guarded by a mysterious spirit.

Be careful with your fancy cursed wine glasses.