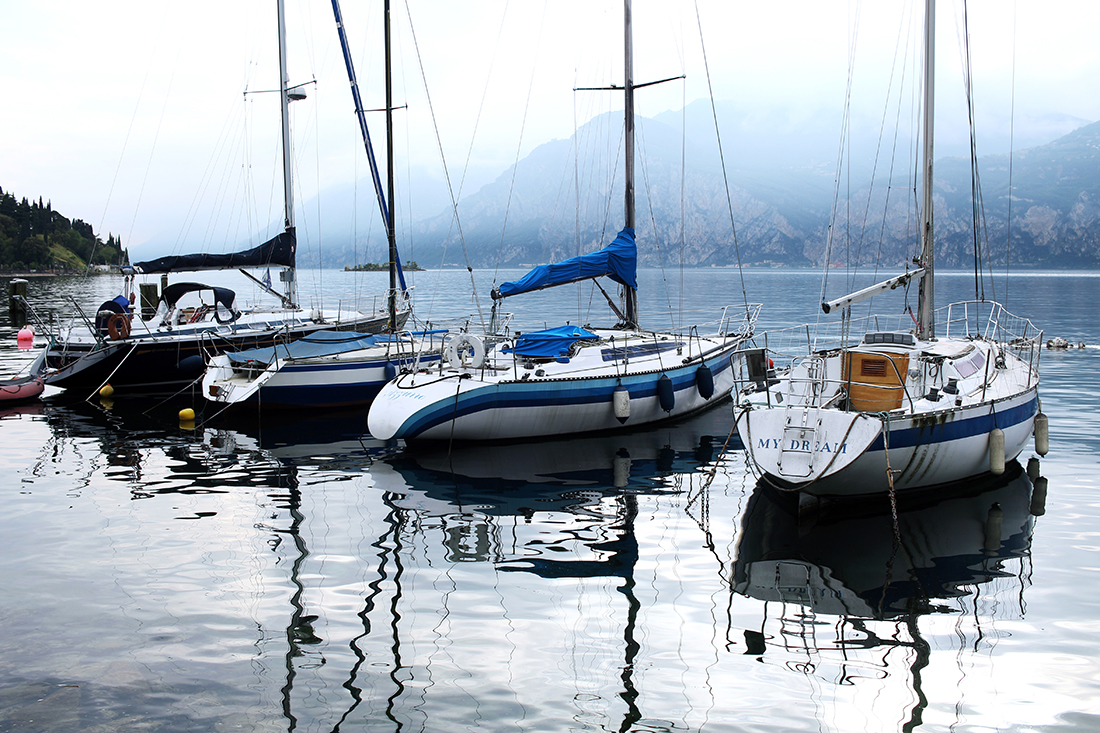 At the end of May I went on a last-minute trip to Italy by myself. I had given up my tenancy in London, because I was fed up of paying a small fortune to a landlord who was unwilling to fix the serious leak in the ceiling that was probably going to bring the plaster down sometime soon, and a relative asked me to house-sit. The house-sitting date then changed, but it turned out to be cheaper for me to visit friends in Yorkshire, and then go on holiday for a week than it was to extend my tenancy, which shows how ridiculous the prices are in London now. As it was a last minute thing, I had to go on my own. I don’t mind travelling solo though, I used to do it regularly for work, and travelling alone is better than going on holiday with someone who doesn’t want to do any of the same things as you. (In my case, wandering aimlessly for hours and hours, taking hundreds of photographs and eating a lot). I also got to re-read The Name of the Rose in peace.

I considered going to Crete, because I wanted to see all the Minoan archaeological sites, but it was hard to work out where stay, and which places were Magaluf style budget party towns (not really where I wanted to go). I asked my Greek friend Ellina, but it turns out she’d never been to Crete either.

So in the end I booked a deal to Malcesine on Lake Garda. Malcesine was the first place I visited in Italy when I was 12 or 13. Throughout my teenage years I visited Italy 2-3 times a year after the budget airlines started doing £20 tickets to Pisa and Brescia, and after I graduated I did some teaching work in Northern Italy, and I’ve seen most of the country now bar the furthest three southern regions (Apulia, Basilicata and Calabria) Sardinia and Sicily. Although I had been to some other towns on the lake since (I’ve also got some disposable camera photos I took around the turn of the century that I dug up here), I hadn’t been to Malcesine since that first holiday, so I was really interested to see whether it had changed and how much. While I was there I started writing a zine about the trip, and also about Italy in the 90s/early 2000s and now. I haven’t finished it yet though. I wrote in more detail there, so my blog entries will concentrate more on images.

While I was on Lake Garda, my biggest expense was ferry tickets. I took the ferry each day to a different place around the lake. As the scenery is stunning, I took a lot of photos. I’ve whittled them down to around 10 shots or so per place, but I’ll post them gradually, so you don’t get overkill of views of water and the Alps.

This was the hotel where I stayed for £30 a night. It wasn’t luxurious, but it was very clean and comfortable, and the family who ran it were really nice. The pool was unheated, and Malcesine is in the Alps so I never got to swim in it, except for my first try when I nearly gave myself hypothermia. A short walk down the (slightly scary, barely any pavement) road were some steps down to the lake path.

This is the route into town. Not a bad commute. Almost all the tourists here are German, and most of the local people speak both Italian and German.

You pass a lot of boats on the way into town. At the end of May the weather alternates between sun and mist- the temperatures were really pleasant, although you wanted a jacket. The peak tourist season is August, when the rest of Italy is unbearably hot, and everyone heads for the cool of the mountains.

There are lots of villas and hotels arranged on terraces along the lake path, and lots of strange little grates and passages.

This is Malcesine itself- an old town of narrow cobbled streets arranged around the castle. In the past, the border with Austria was just to the north of here, rather than at the Brenner Pass as it is now. Until Mussolini built a road around the lake, the only way in was via boat. The castle surprisingly has a museum about Goethe in it. He made a visit to Malcesine in 1786 after sneaking over the then closed border, and got arrested as a spy because he was drawing the castle. I also did some sketching while I was there, but no-one arrested me (although I did make a new 7 year old Italian friend called Victoria who was very specific that her name was not Vittoria). Nowadays the castle also doubles as a wedding venue.

As soon as you head inland, everything looks a lot more alpine. This street could easily be in Austria.

At this end of the lake, the water is incredibly clear.

If you walk away from town, you come to this deserted portico area.

At certain times of day, and with an overcast sky, the water looks like glass.

It’s definitely not a place where you can bear to be indoors at sunset.

There really was no-one else along this part of the shore.

My next post from Lake Garda heads off into those blue mountains in the distance.