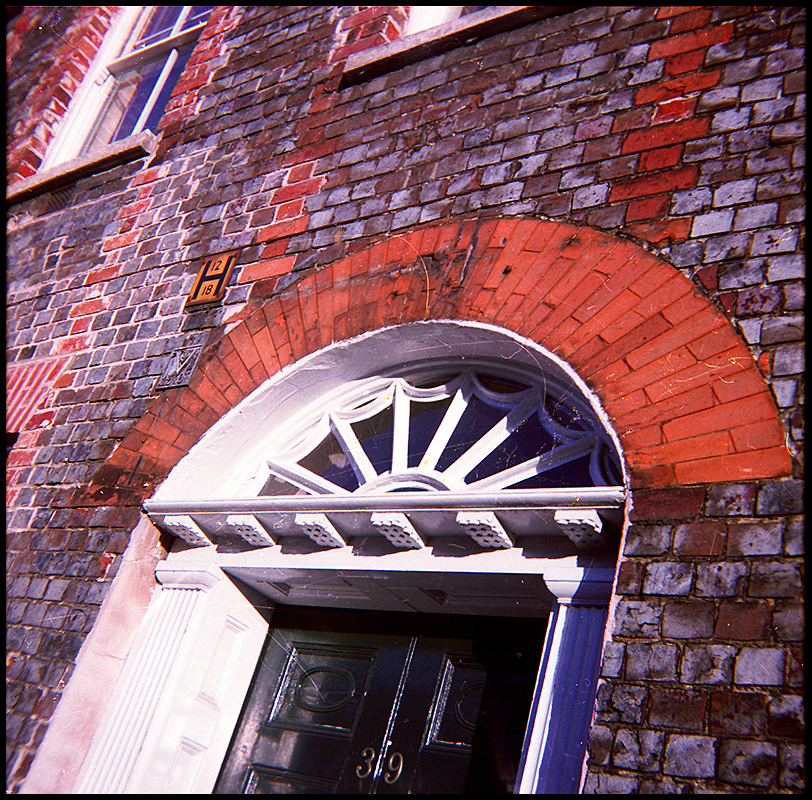 I found this film at the bottom of a plastic sleeve full of collage stuff. I’d carefully cut round each picture on the negative, so it was individually cut out with a neat border, and I have absolutely no idea why I did it. The orange mask on c41 film makes it impossible to see the picture unless you hold it up to the light, and cutting the pictures out individually from 120 film is a stupid idea, and I would have known better since I was about 16. I first started using medium format film in 2004, when I was about 20, so I really don’t know.

In 2004 and 2005 I worked in a photo lab, and you had to feed the film in as strips- individual pics would just get caught in the drum. At the beginning of 2007 I got the film scanner, because I no longer had access to free development, but the film scanner also takes strips of film. You can put individual negs in, but it’s a pain to keep them flat. It would make sense if you were doing contact prints by hand, but I have never had the equipment to do colour contact prints. My only guess is that I saw a tutorial for some alternative photography process that required it, and didn’t get round to it, but if I’m interested enough to do something I usually do get round to doing it eventually. I don’t know, it’s a mystery. The photos are very clearly of Reading, and the film is some of the professional Fuji stuff I got a huge bag of for 50p a roll in 2005, and then kept in the freezer for the next 3 years. I just don’t know why I took these pictures, why I cut up the negatives so precisely and pointlessly, and what I was planning to do with them. There are a couple more in the Flickr set.