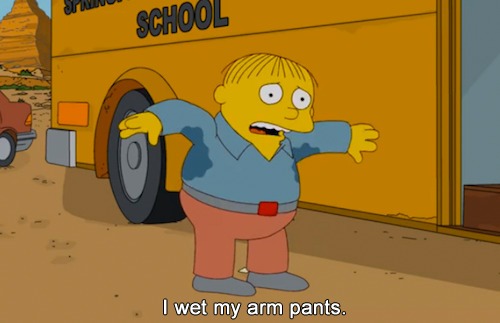 I’m not going anywhere tonight. I’ve never been much of one for NYE, and my options for tonight included spending lots of money I don’t have, or spending at least an hour crossing town. As I’m not drinking at the moment, feeling kind of quiet and tired lately, and totally broke until Monday, I’m happy to stay in. My preferred NYE social options are either going to a pub within quick reach of home, or going to a friends house/hosting them anyway. The problem with London is that everyone is so spread out with long journey times or awkward journeys if you’re not going via central, and transport is often such a horrible experience on NYE that it can become a bit of a mission to do even that.

2015 was a depressing year in terms of current events, and on a personal level was stressful and tiring. I felt like I was constantly working hard at things to not much result or appreciation, and perhaps directing my energy at the wrong places. In general I feel like I’ve constantly worked at things to overall achieve a Ralph Wiggum level of effectiveness. I was constantly working all hours at something, and at some points working two jobs, had some stressful family stuff happen and my health suffered- I was plagued with asthma, eczema, and a recurring nasty case of hives in the first half of the year (not helped by working on a street that’s an air pollution hotspot) and then came down with shingles this autumn. From January I’m only studying for the next 6 months, and hopefully will move to a better and more spacious room in a less stressful environment in the next few weeks, which should improve matters.

I’ve never really been one for stringent or punishing resolutions, I tend to make lists of things I actually want to do.

2015 resolutions
Here’s my resolutions from last year- let’s see how well I did:

1) Get a better paid job- I did that and it wasn’t much fun, although my financial situation improved dramatically. I then got a teacher training place in September, which is paid. Unfortunately the money got delayed and I was unexpectedly broke for most of the autumn, which will luckily be fixed this week.

2) Go abroad not for work and not to visit relatives– Done, I went to Paris, Denmark and Sweden, all on low budget trips where I had a good time and saw lots of things.

3) Take more photographs- I took a lot of photographs, but I’ve been really bad at scanning or editing them

4) Do lots of sewing- I didn’t do this, because I had to take a few courses of Prednisone (Prednisone is the devil) for severe allergies, which makes your weight fluctuate quite dramatically, so making clothes for myself seemed like a bad idea. I taught a lot of kids about sewing and textiles however.

5) Generally do as many creative things as possible I didn’t achieve this one, mainly because I was constantly working and tired

6) Read at least 2 books a week, and remember to write a review post of them more regularly Almost did this one, I read over 70 books, although I didn’t review them at the ime, check out the book review posts I’m scheduling this week

7) Motivate myself to cook from scratch more often I cooked a lot more often once I moved, due to a much better kitchen, but not as often as I’d have liked due to lack of time, energy or motivation

8) Move house- I did that, although the result wasn’t entirely satisfactory, so I have to do that again next month

10) Watch more films- I didn’t watch that many films, but I did get through quite a lot of TV shows.

I put some general goals here for the weeks I had off while I was recovering from shingles. They all still hold for next year. While I’ve been off, I’ve not got out as much as I’d like, due to tiredness and family commitments, but I have been cooking a lot more and done some crafts in that time and read a lot of books.

1) Make some new zines– it’s been too long since I’ve done that, and I’ve got several half-finished ones and am tabling at a zine fair on the 30th of January

3) Make a patchwork quilt– For the past 15 years I’ve had one on my bed that my nan made. It’s been fixed about 10 times already, but has finally disintegrated. I have some offcuts of some of the original fabrics, and some of my own in similar colour schemes, so I’ve been making hexagons for a new quilt. I need 500 of them though to make a double quilt, and I have 20 sewn up, and a further 50 cut out, so it’s going to take me a while. Sewing hexagons is a good thing to do when watching tv, because it doesn’t need a lot of attention, the paper template inside the hexagon makes sure the edges are crisp and accurate

4) Move house– I like the area that I live in, but my room is tiny and cold, and without any storage space and it’s a stressful living environment. I can leave next month and have the money to do so, so I will. I’m looking forward to having a big enough room that I can make nice and turn into somewhere comfortable and relaxing to return to.

5) Work less, relax more– I worked too much and juggled too many things last year. I’ll focus on my course and having a better work-life balance and enjoy being healthy again

6) Use up my fabric stash– hopefully if my weight stabilises again I can make myself some nice clothes from the fabric I have stockpiled. I don’t really have room to sew at the moment either.

7) Leave London and figure out where I want to go– I finish my course in the summer. I’ve nearly left London multiple times before for the usual reasons (and a lot of my friends have already left, scattered around the country and abroad), but ended up staying because I was offered jobs and I was broke and needed the money (living in London however is a major cause of being broke). This time I’ll be in a better financial situation. I still don’t know where I want to go yet though. I miss Brighton, but maybe that would be a step backwards. I don’t know, I’ll figure it out when I’m nearer the time and applying for jobs. I don’t really have any force driving me to anywhere in particular.

8) Try my best to always speak up when I think things are wrong– I do try, but sometimes you feel like you’re not allowed to, or there’s social atmospheres where people are positioned as above question. Acquiescing never feels right though, and I guess I should just reconcile myself to being the person who points out the elephant in the room.

9) Keep doing photography and get back into home b&w dev. I’ve got a lot of unscanned films and unedited digital photos waiting to go, especially from my trip to Scandinavia in the summer. I also got a new developing tank for Christmas.

10) Keep doing my own creative projects and collaborate with friends I miss the collaborative atmosphere of art college. I don’t know how much time I’ll have outside of school placements while I’m studying, but in the Easter holiday and when I finish studying, I’ll hopefully have the chance.

11) Have a more varied social life This year for quite a period my social life kind of got limited to local gigs a lot of the time. It can be quite narrow, and it’s always the same people, and I don’t think that’s healthy.

12) Travel to see friends who have moved away, and arrange to see people I haven’t seen in too long There’s some great people I just don’t see enough of

12) Keep reading plenty of books And remember to write reviews of them nearish the time. No particular numerical target set this time.

13) Visit somewhere outside Europe once I finish studying I have only been to Europe and North Africa. Admittedly I’ve been to every country in Europe now bar Norway, Malta, Poland, Latvia, Lithuania, Belarus, Ukraine, Moldova, some of the ex-Yugoslavia ones and Albania, and I’ve been to a lot of places via work you would never typically go as a tourist, but still, I’d like to see more of the world.