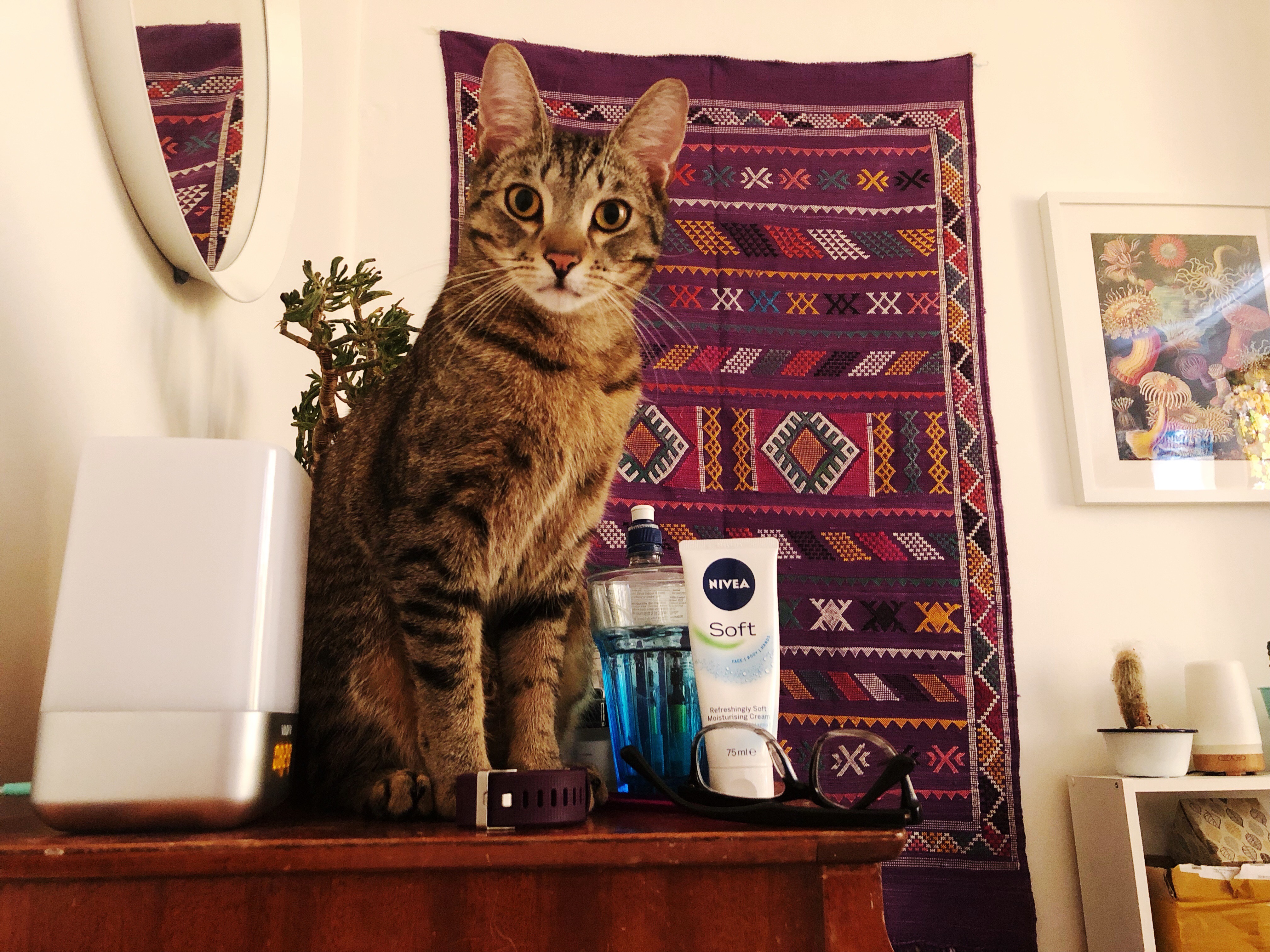 I’m still repopulating the missing photos from the old entries. It’s boring and tedious, so I’ll write about my cat because it’s more fun.

A couple of months ago I adopted a young cat from the local animal shelter. The profile said he was playful and curious, had a missing tail and needed a lot of attention and activity. He came with the name “Orio” (not even spelled correctly), but he didn’t answer to it, so I renamed him Jasper.

When I visited the shelter after having my flat inspected for suitability, I had him in mind, but also wanted to see all the cats. Before I met him, I stroked another friendly cat that approached me, and he started crying and complaining as if to say “but you came here to see me“. So I picked him up and had a cuddle and he started purring loudly. The woman who ran the shelter said “that’s definitely your cat, he’s picked you”. Apparently he had snubbed all the other people who came to see him. When I collected him the following week, he put himself into the cat carrier immediately, and strolled out into my flat with this air of “yes, I live here now”.

He was taken away from the previous owners because they were abusive. A social worker went to visit the family about their children and saw them being extremely violent to the cat, and made them give him up to the animal shelter. They wouldn’t explain what had happened to his tail. It’s surprising that he wants anything to do with humans, but actually it’s the opposite. He thinks anyone who doesn’t hit him is brilliant.

I have my suspicions that the abusive family might have stolen him. He’s definitely part Bengal cat, and he clearly came from a good home originally, as he’s immaculate with his litter tray and food bowl. I doubt people like that would pay a lot of money for a cat and then treat it like that. I’d love to know what he’s mixed with too- he’s big, and got the silky Bengal fur, bold markings and rabbity feet, but he’s also got big pointed ears which are not standard.

At any rate, he knows he’s a pretty boy, and he deliberately poses for photographs and begs for attention from visitors. He’s also a giant wuss, and rubbish at hunting. The only thing he’s ever caught is a bee, and he ended up with a swollen paw for half an hour afterwards (even if he did look very smug and self-satisfied about it).

He also likes to be involved in everything, and supervise it to make sure it’s done properly.

Pretending to be a sportscat and not fooling anyone. He regularly gets outwitted by a feather on a string.