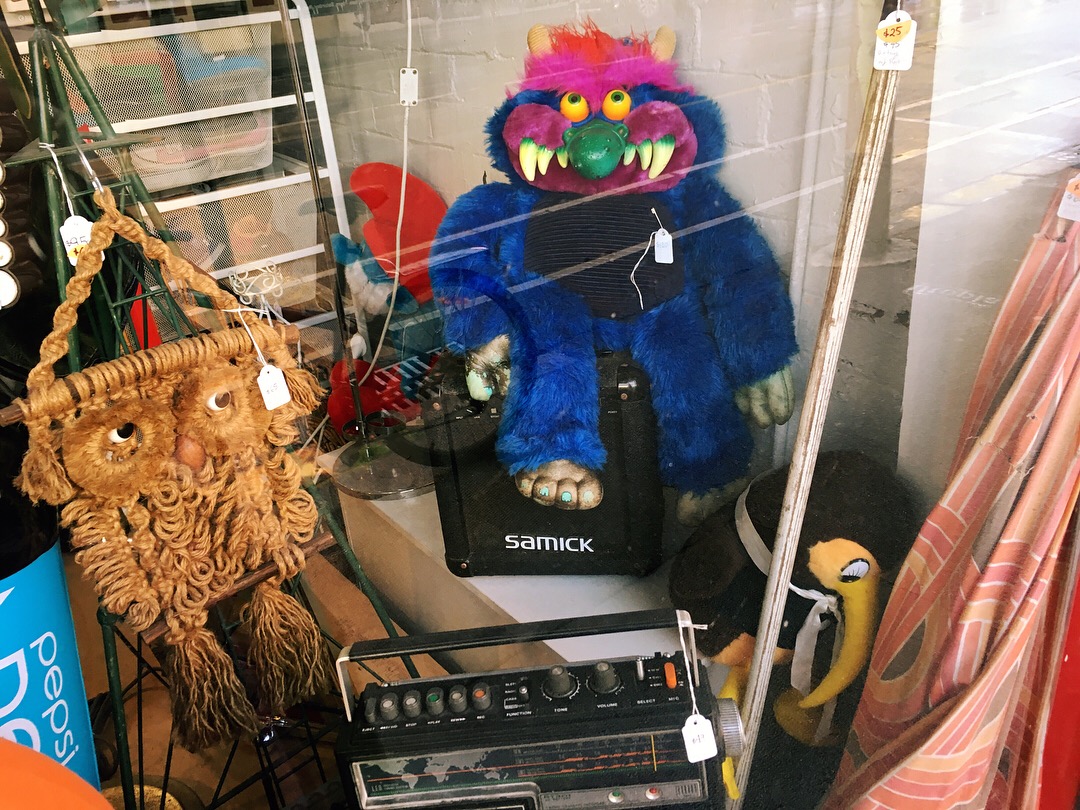 In Australia, charity shops are called op shops, short for opportunity shops. They are as widespread as in the UK, and Melbourne has really great ones. There are also a lot of private vintage shops, with very reasonable prices. I read that Brunswick Street was really good for second hand shops, and I wasn’t disappointed- there was nearly a mile of them. In fact the couple of hours I expected to spend there turned into a whole afternoon.

Some of them are in really huge buildings too- unwanted warehouses or department stores, and sell by the kilo.

An important factor as well is that most of the op shops will have Australian daytime radio where 80s rock goes to die. You will never hear so much Midnight Oil in your life.

That macrame owl is watching you. It was part of the inspiration for this print.

I hoped the tablecloth was for sale. It wasn’t.

Some things I actually bought.

Australia is a very card and contactless based country and I rarely used cash except in some very small op shops. The 50c is huge, like an 80s 50p and worth about 25p.