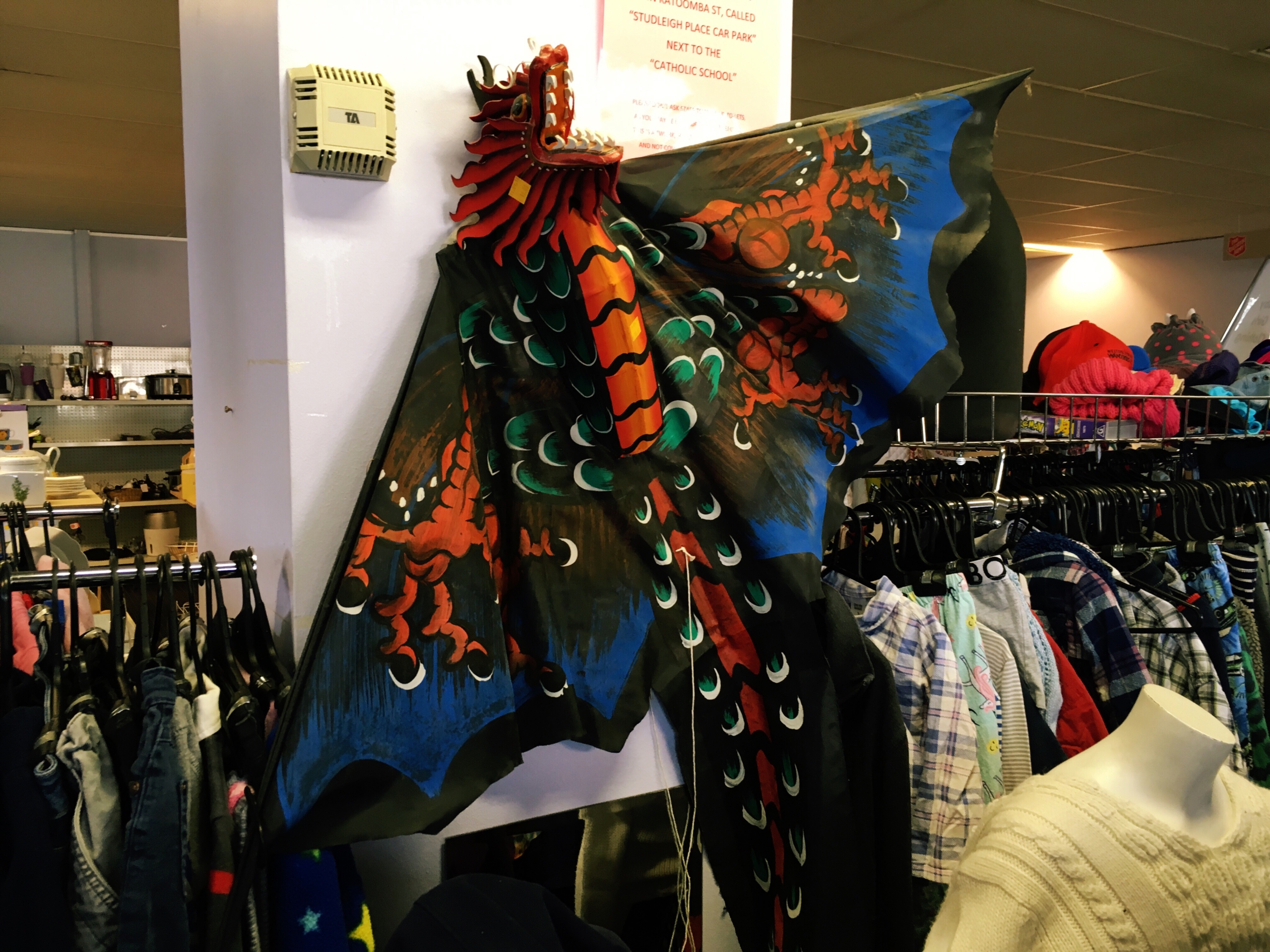 While I was in Sydney, I went for the day to visit my friend Zoe in the inland mountain town of Katoomba. She grew up in the area, and she and her partner had only recently moved back from Sydney after finding a really cool 1920s house. I would have made a longer visit, but they had only just moved house, and were still unpacking. This is the view from the end of the street- the Three Sisters.

Even in a small mountain town, you can get good Korean food in Australia. (We also went to a pub where we got told off for taking our drinks outside onto the patio due to it being the wrong time of day for the licence or something- I guess it’s an improvement on the six o clock swill days in Australia)

A flamin’ galah. Little pink budgies that laugh at you in the street.

The bus probably takes you off to far-flung planes.

Katoomba has excellent charity/op shops. I wanted this kite, but it was too fragile.

I quite fancied this book of jesusy comics to cut up for collages, but it weighed a tonne. (Postage from Australia is expensive and I didn’t have enough luggage allowance left)

Australia is famous for its road trip trail of Big Things in small towns. I was tempted to get this book, but it’s from the early 90s, so the collection of Big Things to see was pretty outdated. There’s a lot more now than in the book, and some things are gone.

Just the thing to curse any room you hang it up in.

I actually did buy this, because it made me laugh to find a Tintin book in a super niche regional Swiss German dialect in a charity shop in Australia. A souvenir from an Australian who went to Switzerland, or an unwanted gift from a Swiss visitor?

I used to have this game when I was a kid, along with the very similar Puppy Game.

What a thoughtful gift.