My friend Chloe came down from Glasgow on Weds, and we had a drink with 3 of her friends who used to live in London, but now live in Brighton. It was nice to find 3 more of my kind of ladies in Brighton. Jenna runs an alternative 80s night that I’ve been meaning to go to for a while, so that’s where I’m going tonight with Vicky. Unfortunately I’ve got to go into work this evening to hand out certificates to kids, but at least I’m free after that.

I spent the morning doing the tedious business of arranging a storage place for my stuff over the summer. Ugh. In a week’s time most of my stuff will be going into boxes.

I’m rereading Revolution in the Head. It’s an interesting book, but the writer doesn’t half annoy me with constantly repeating his theories as if it makes them truer, rather than building on them. It’s one of my pet hates in academic/pseudo-academic writing. Literally every song is “Hey! Look, it’s another horizontal Lennon/ vertical McCartney song”. I got it after one or two mentions. 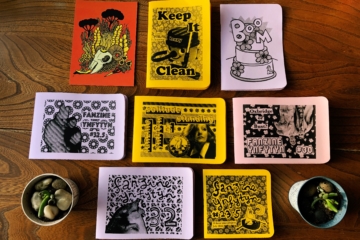