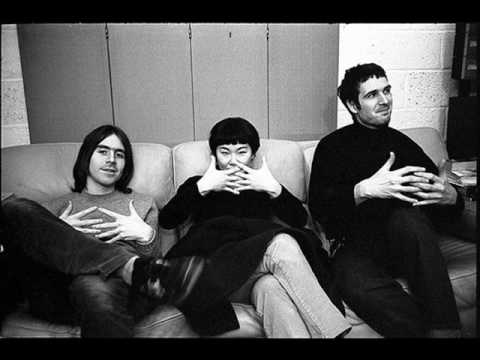 Long time, no see. In the last week I started a new design job, had some major dental work done, and also moved. Busy. I now have a bit more money, and a lot more space though, which is always a good thing. I’ve got a fair few things to catch up with here. I’ve got films I took at Homespun Festival to develop and scan, and some illustration and sewing things to finish.

This weekend I was supposed to go to the Jabberwocky Festival in London, which was cancelled two days before it was due to happen. I planned to see Neutral Milk Hotel, Caribou, Panda Bear, Electric Wizard, Forest Swords, the Van Pelt, Thee Oh Sees, Sun Kil Moon and the Ex. My friend Chloe was coming down from Glasgow to stay with me. She decided to come down anyway because the train tickets were non-refundable, and to see what bands we could, prioritising the bands that rarely play in the UK. Top of the list was the Van Pelt, because they split up in the 90s, and haven’t played more than a handful of shows in that time. Some helpful person set up a facebook group, and there was a mad scramble to book new shows for stranded bands, and then another mad scramble to book tickets for things, and then sell or pass on tickets when you realised you’d double booked yourself. Luckily I happened to be at a computer when all the tickets for replacement gigs were going on sale, because they went so quickly.

Initially we were going to see the Van Pelt at a free all-dayer a pub was putting on, but that would have been a nightmare with the amount of people and the small capacity venue (and added to that the fact I’ve been suffering with on and off painful sinus/throat/ear/teeth trouble from having so much done to my teeth this week), so we were glad when they announced a ticketed show. I’ve been to a lot of ATP festivals and gigs over the years, but I think this fiasco will be the end of them.

I borrowed Sultans of Sentiment off someone when I was at uni about 10 years ago, and copied it onto the computer. A decade, and 3 computers later it disappeared along the wayside somewhere along with some other great albums. In fact I’d kind of forgotten how great they were until I saw the festival lineup back in the winter and I was all “Oh yeah, that album was brilliant, I’ve got to see them”. It was possibly better this way, as we got to see them do a headline set, rather than a short afternoon set at the festival. The gig was excellent, they basically played every song they had, and we were down the front in a small venue. Probably one of my gigs of the year. I tried to take some b&w pics, but the lighting was mostly red, which is a disaster in low-light situations, but I wasn’t that bothered, because I was there to listen. You should listen to this album. I saw a review once that described it as “poetic post-punk” which I think sums it up well. Literary, but with depth of feeling. Particularly Nanzen Kills a Cat and Yamato (Where People Really Die)