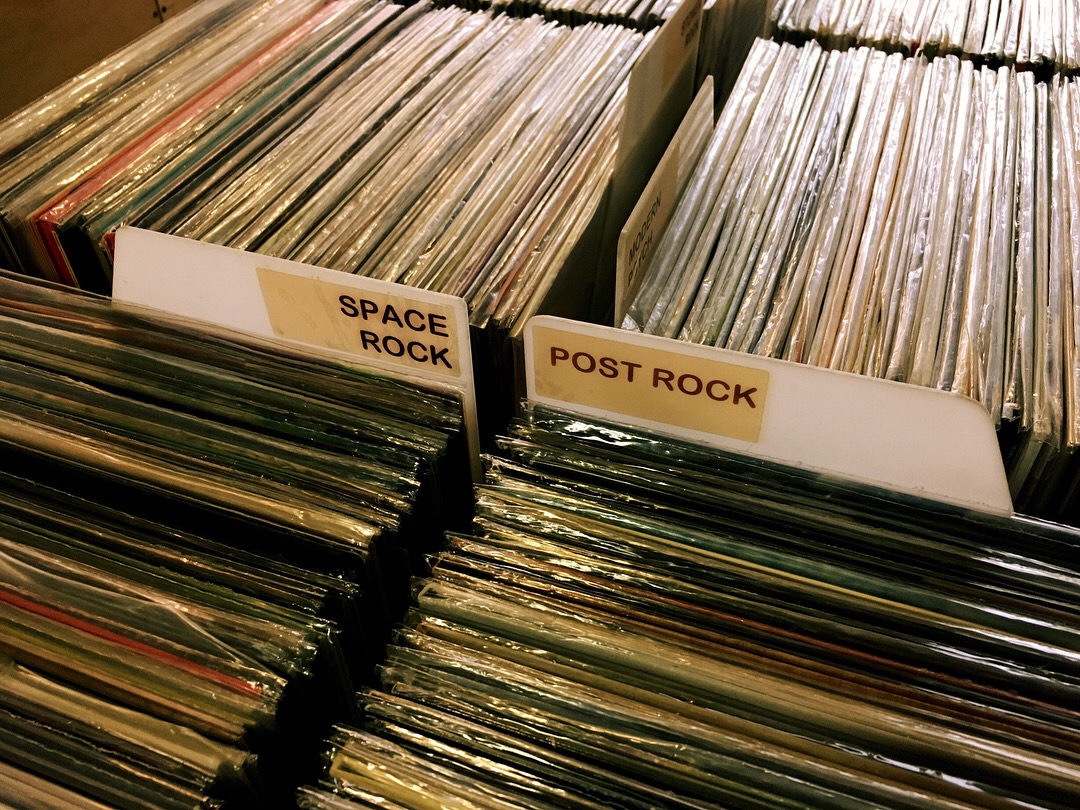 There are of course loads of great record shops in Melbourne. However the problem is that most of the stock is imports from the UK and US, and I can get most of it at home for much cheaper. There’s also the issue of getting it home undamaged. That’s unlikely in my luggage, when I still had to go to Tasmania, Sydney and Abu Dhabi, and sending things home from Australia is expensive, and it seemed stupid to spend all that extra on things you can get in the UK.

For example, I heard this record on the radio in Australia a lot, but it was a lot cheaper to buy it when I got back home.

I did however get one record (that I posted home from Tasmania) because it was Australia specific (even if the music is from around the world)- a collection of weird synth music.

I also got some tapes, being easier to transport.

Also managed to get hold of this DVD from cult Melbourne band the Drones for my friends Mike and Kerry- it’s very difficult/expensive to get in the UK, but I got it easily from JB Hifi, the Australian equivalent of HMV (which is also their equivalent of Curry’s and is an eye-watering shade of neon yellow inside)