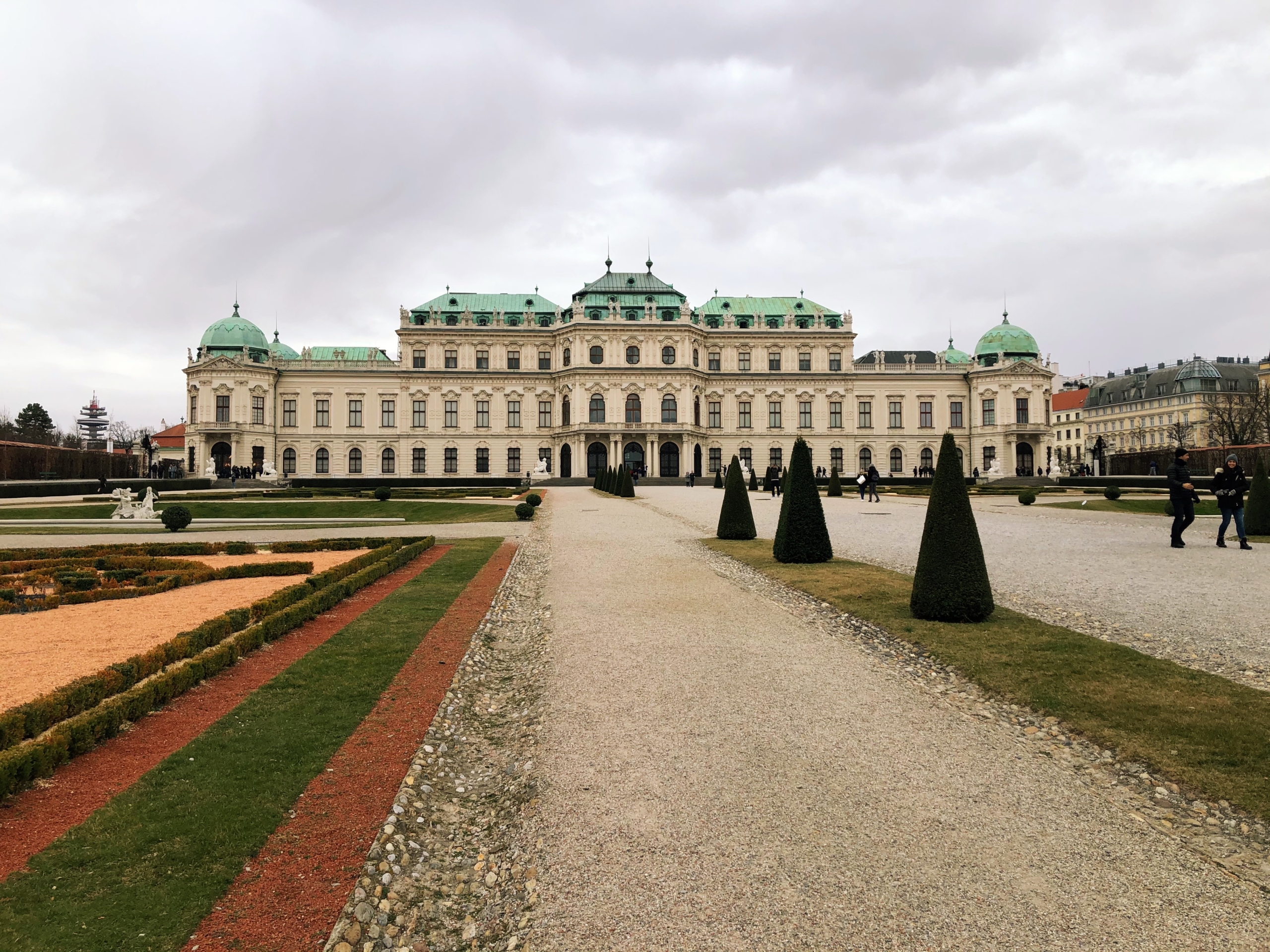 I realised I still had a few photos from February in Austria left unposted, so here they are. Strange to think that six weeks ago I was travelling around Central Europe for work, and now I don’t venture more than a mile or two from home.

I had a flight back to the UK from Vienna, and a few hours to waste in the city centre. I decided to go for a walk in the Belvedere Palace Gardens, en route to the Music Museum. Vienna Central station used to be several different mouldering terminuses arranged around a huge windy car park, until they knocked it down and built a gleaming new one, with underground parking and local transport connections, freeing up a lot of land in the neighbourhood, meaning that what was industrial yards and car parks until recently are now modern offices and blocks of flats like this one.

The gardens are free, but you pay to go inside the museum and art galleries in the palace itself- I didn’t have time for them all that day.

Not pictured: American tourist of the type that doesn’t understand the concept of appropriate volume for speaking, or that perhaps you don’t have to vocalise every fleeting thought you have. I was stood about 20 metres away and was trying to block her nonsense out, but could still hear her boasting about how she has SOOOO many more Instagram followers than  other people and she’s SUCH a big deal (not ironically). I have no idea how the other people in her group reacted, as they spoke at normal volume. I hung around this end of the garden and waited for her to get further down the path so I wouldn’t have to hear her, but it took quite a long time for her to get far enough away for her foghorn voice to stop carrying.

There’s a definite atmosphere of France or Italy inside the park- I think perhaps intensified by the fact the buildings around it are looked after, but not done up immaculately spick and span in the usual Austrian style.