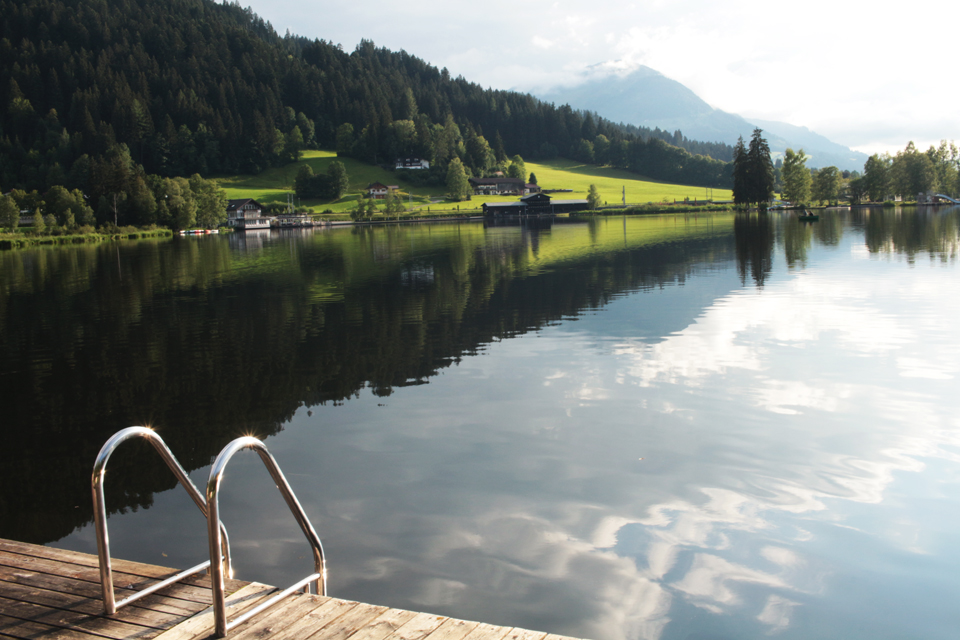 A short train ride or couple of miles walk outside Kitzbühel is the Schwartzsee (“black lake”). It’s full of minerals washed down from the mountains that give it the glassy black effect. Normally in the summer you can swim there, but there had been heavy rain for the past few days, and so the water was too cold and I settled for a walk around the shore instead.

The lake was also surrounded by alpine meadows. I learnt the German word for meadowsweet that day (the yellow flower in the foreground)- turns out to be the straightforward Mädesüss. The Mäde part is to do with it being used to flavour mead. (Or Honigwein as they also like to straightforwardly call it in German). Since I spend a lot of time in rural Austria and Germany, I’ve been trying to build up my vocab of wild plant names in German.

Even train stations in the Tyrol are picturesque.