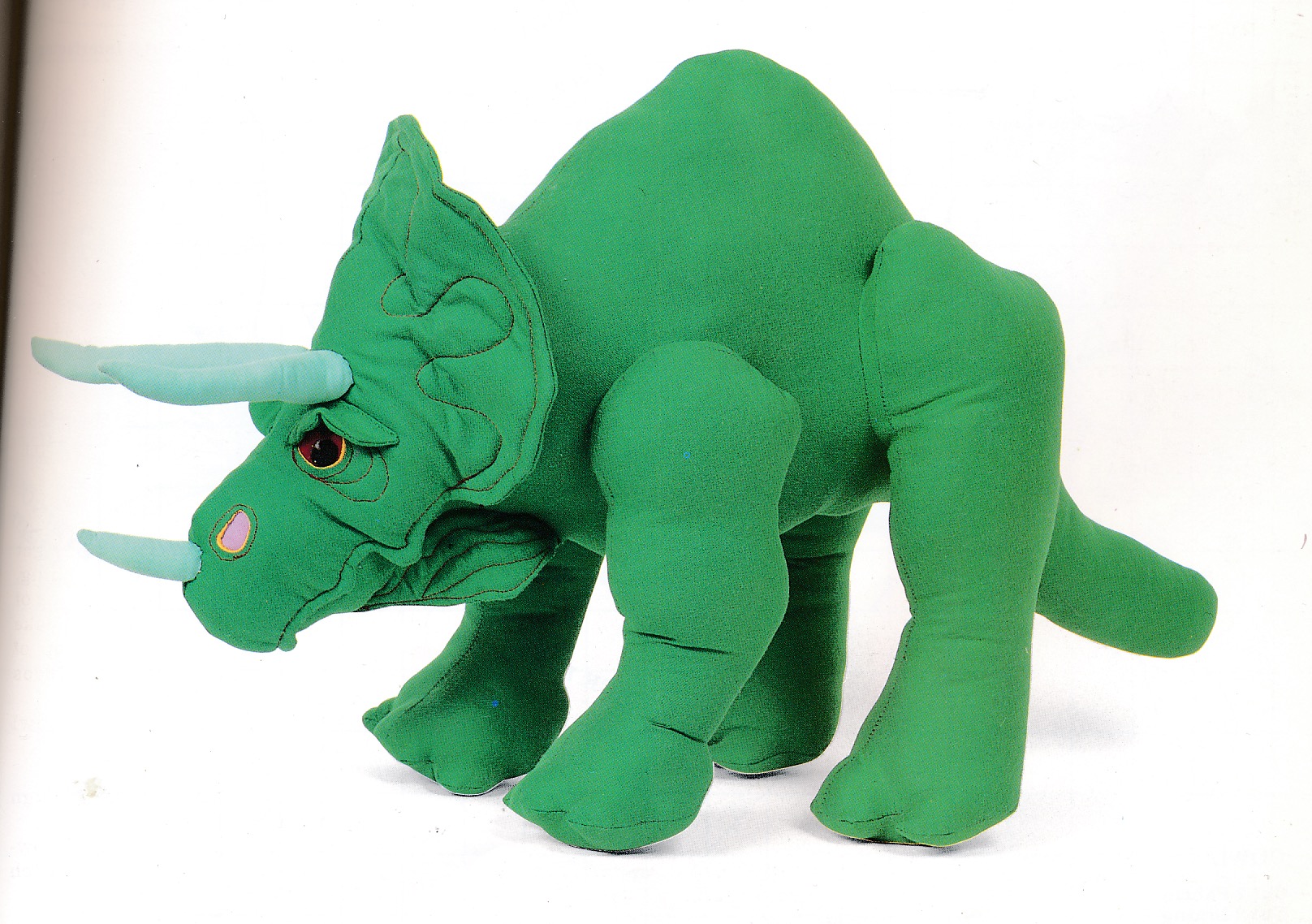 I was given this book as a gift as a child. I never made anything from it because it’s definitely much too difficult for children, I just admired the projects. My mum attempted to make the costume for me, but admitted defeat. I found it while clearing out my dad’s house after he died. I could definitely make something from this book these days though.

Let’s not forget however the toy dinosaur my nan made long before I got the book. She clearly adapted an elephant pattern. He used to have pink felt spikes on his back too.

See the white dinosaur with the paint? That’s the only thing in the book a child could conceivably make.

The costume whose unclear instructions defeated my mother’s sewing skills.