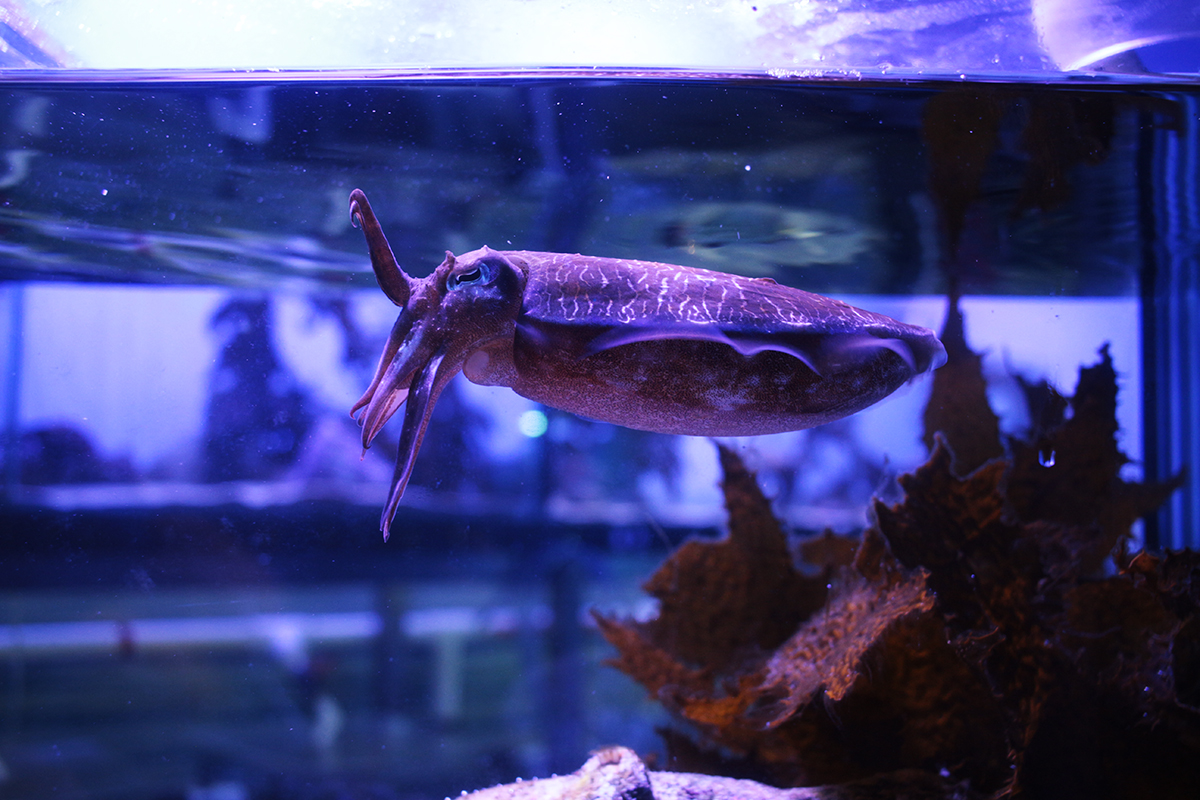 On my last day in Australia, I had a few hours to waste in between checking out of the hotel and getting the train to the airport. I was staying right next to the Aquarium, so I went there. I didn’t visit the local zoo, because it looks grim, and I’m generally against city zoos with large animals who don’t have enough space to roam. The aquarium isn’t the cruel kind with large sea mammals, so I felt ok about going there. It’s mostly small fish and coral, with some rays, sharks and small penguins.

All hail our new overlord the cuttlefish.

Local doofus. The biggest thing there was a pair of 20 year old orphaned dugongs who had failed at being re-released into the wild, so now live here and eat several tonnes of lettuce a day.

This penguin decided it liked the look of me, and maybe I had some fish, so got up close and stared at me disconcertingly. The photo isn’t zoomed in.