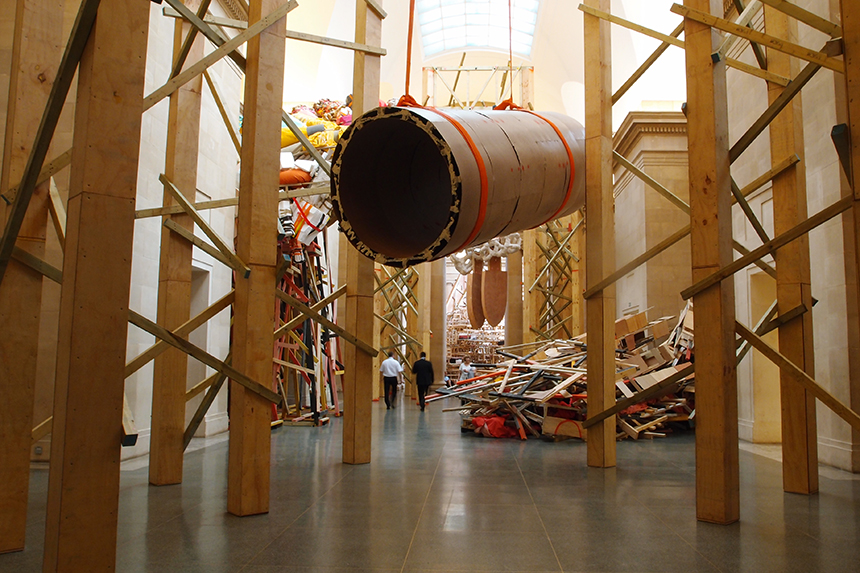 I went to the Tate Britain the other day. I went there planning to go to the Folk Art exhibition, but realised I didn’t have the time or money to do it justice that day, and what I was actually in the mood for was post-war modern art. So that’s what I looked at.

These Phyllida Barlow installations were in the main hall. I liked them a lot, but there was a very posh woman behind me berating the poor gallery attendant as if he had personally put them there for her displeasure. Those kind of people are the absolute worst thing about working in museums.

The gallery has a huge amount of Henry Moore sculpture.

Here’s a Lucian Freud painting from the 40s which I liked a lot. It was interesting to see something by him without the thick, textured brush-strokes. Freud is one of those artists whose paintings look so much better in the flesh than in books, because a photograph doesn’t really capture the texture and, I don’t really know how to put it, sheer heft of the paint.

Also these inset metal floor dates for the galleries which are organised chronologically.

These maquettes by Reg Butler were the winner of an international competition to create a monument to political prisoners. It was supposed to go up as a 400ft tall statue in West Berlin, but caused a huge stink both in the UK and behind the Iron Curtain, so was never built.

I liked this installation by Brian Griffiths a lot too.