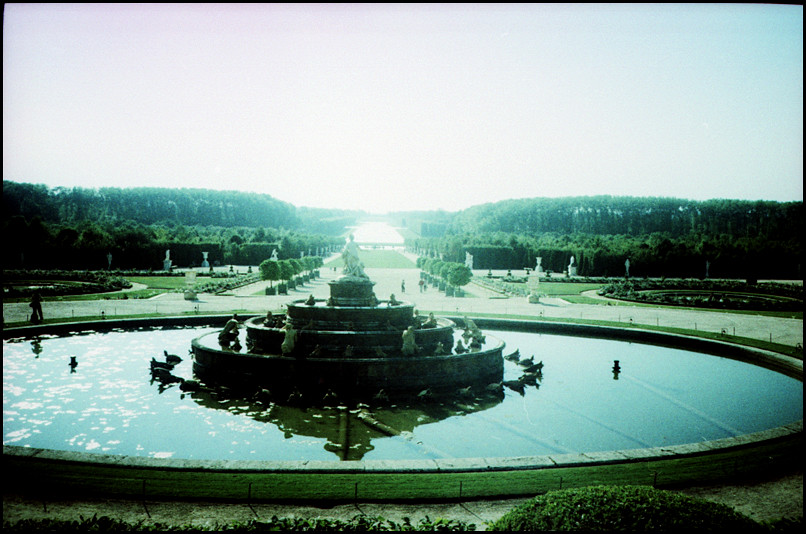 Versailles in the summer of 2005

I’ve been sorting through my things, and found some old negatives. I’ve already scanned the one from Italy in the late 90s, and here’s some more. (There’s a lot more to come). In 2005 I went camping with my mum in Yvelines, just outside Paris. You can get into the city in about 15 mins on the RER, so it’s a good combination of camping and sightseeing. Versailles is just down the road too. I took a lot of photos there, but I can’t find the others right now. These are taken with an Olympus XA2 and some cheap expired Kodak slide film, cross-processed.

The design of the fountains also reminds me a lot of one of my favourite films, Last Year at Marienbad. It’s probably not to everyone’s taste, but it’s a film worth seeing.

The sign says literally, “forbidden lawns”, which makes me laugh. Of course, it just means don’t walk on the grass there.