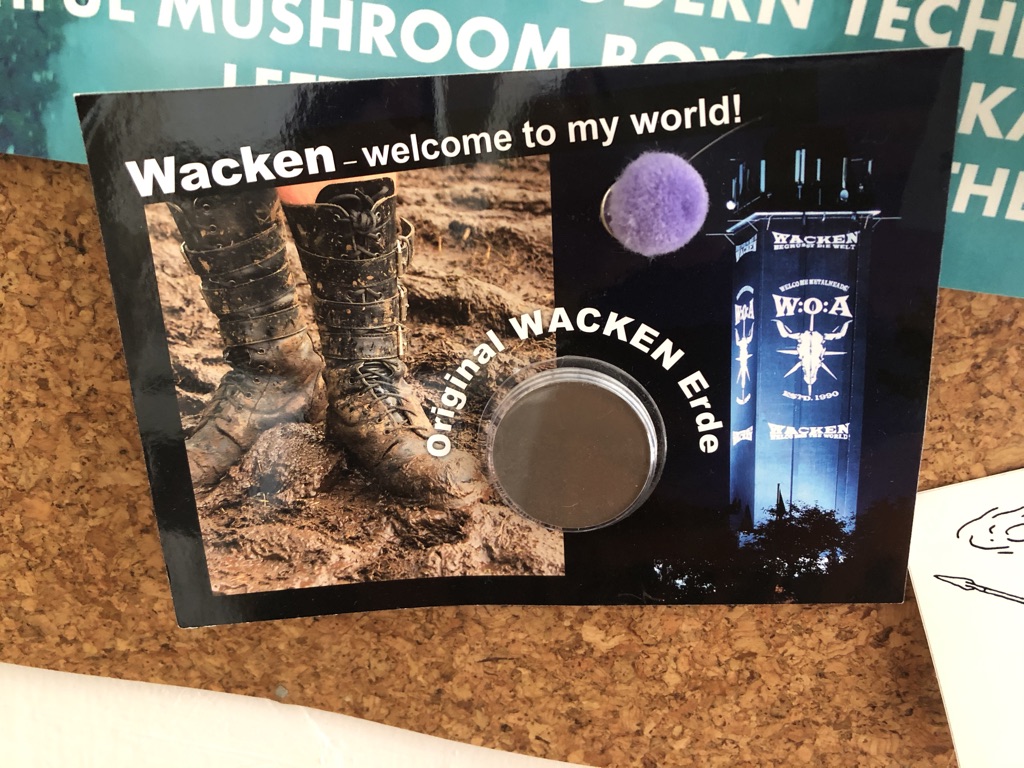 I got this postcard from a supermarket in a small town in NW Germany near where the festival is held. I hope it has genuine Rammstein tears in the soil sample, or I’ll ask for my €3 back

Normally I work for a schools programme, where I visit schools in Austria and Germany and do various activities in English with the kids. The idea is that they improve their confidence and speaking skills by doing creative activities in English, and doing a drama performance. Often in classes we give them a creative writing or art activity, and they have to give a presentation about their work or ideas at the end of the session.

You often end up visiting all kinds of places you would never have seen as a tourist. I was expecting this area to be very industrial because of the Kiel Canal and the decommissioned nuclear power plant, but it was actually very pretty, with lots of old houses and cobbled streets.

Anyway, one day my class of twelve year olds had a task to create a fictional music festival in groups, and then give a presentation about the lineup and why they chose those acts.

We had an introductory section of the class, where they discussed some questions in their groups, and then we compared the answers as a whole class.

Around 60-70% of the class answered question one with:

“I’ve seen one concert. It was Rammstein at Wacken with my parents. I didn’t like it.”

(One or two had been to see various Disney stars play in Hamburg, about an hour away)

Nearly all of the fantasy lineups included Ed Sheeran.