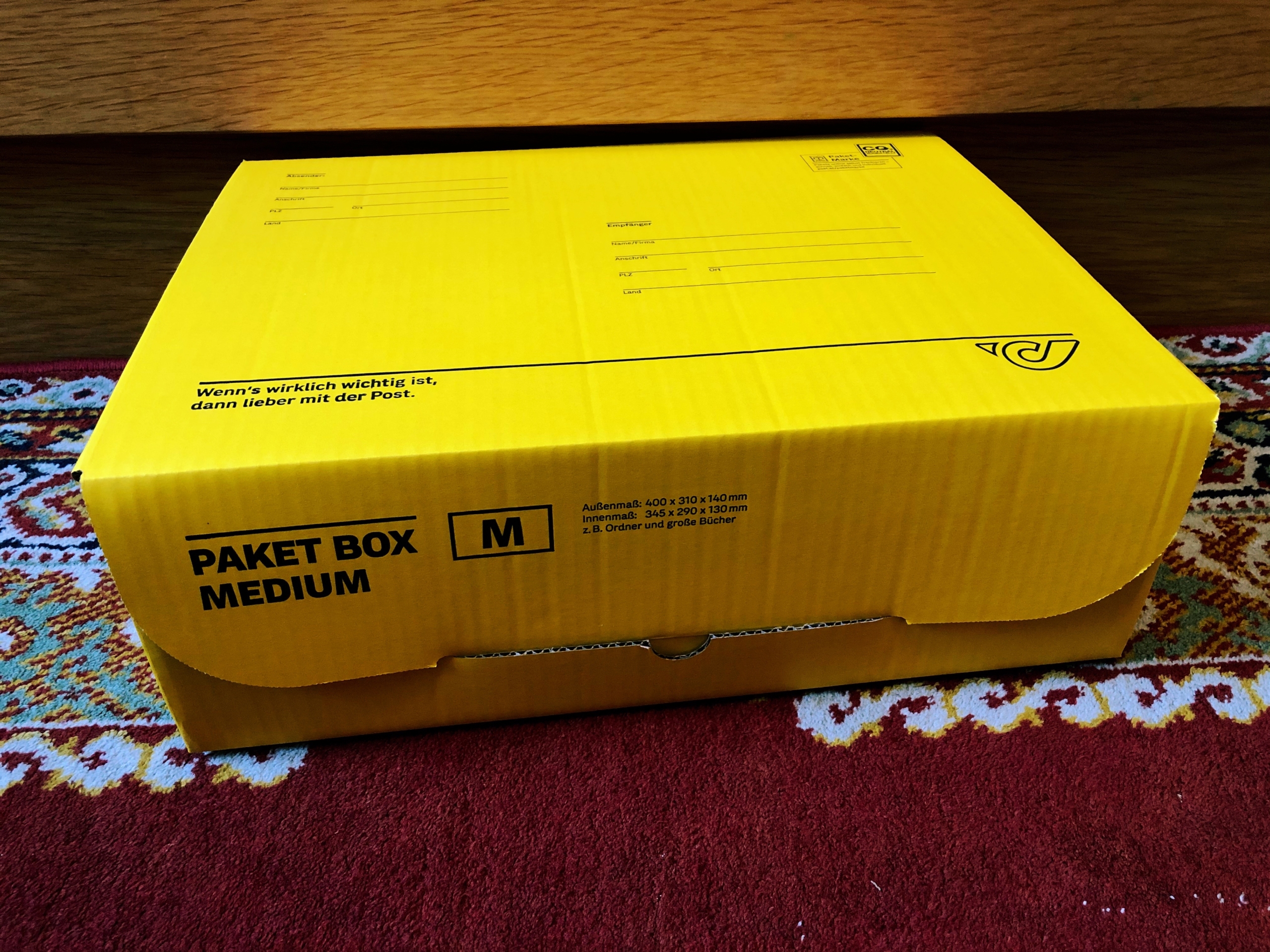 What’s in the box?

Austria Post does an excellent cheap fixed price box within Europe which is extremely handy when you’re travelling around for weeks on end with a 20kg luggage restriction and needing to dress nicely for work with no access to laundry. It even arrived within a couple of days. None of what I sent actually cost much money, but Ryanair would have charged me a small fortune for the excess luggage costs.

Organic and vegan toiletries are extremely cheap and good in Austria (esp Lavera and the DM own brand), so I always stock up on €2 organic lotions and the like when I have a chance, and it lasts for months. The DM Alverde stuff isn’t available at all in the UK, and the Lavera stuff costs £8-9 each over here.

I got a recipe book and two discounted German novels. The Neverending Story is originally German. Ploughing through the original is what got me through A-Level German. The film stops halfway through the book story and it gets dark and weird. Bastian is granted wishes, and the power goes to his head and he forgets his real identity, becomes a tyrant and has to go down a memory mine to find his real identity.

I already read the Tobacconist by Robert Seethaler in English – I can highly recommend it. A 17 year old boy from a small village in the Alps gets a job in a newsagents in Vienna in the 1930s. He starts to get to know all the regular customers, including Sigmund Freud, but the Nazis are starting to close in on Vienna.

I also got a load of Hungarian cooking supplies when I was there. Hard to find where I live in the UK. I also got some Austrian pumpkin seed oil, which is delicious drizzled on soups or salads and completely unobtainable outside Austria.