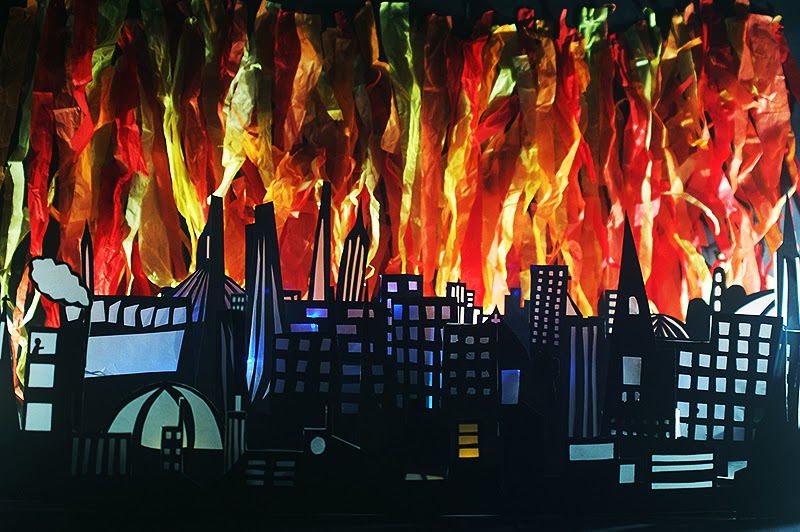 The wonder of cardboard: making animation with school children

(Update- the finished film can be seen here)

Since just before Christmas, I have been doing a weekly animation workshop with kids at a school in North London, working with one of the English teachers. The brief was to create a short film which told a story that represented the school and the experiences of the students in some way. The students range from 12-18, with the younger ones being the art assistants, and the sixth-formers being the producers. They came up with a story themselves about a refugee girl from an unnamed country who flees from a war to London, but is then unhappy at the school because she doesn’t speak English (quite a common real story at this particular school). Gradually however she starts to learn and understand, and feel happier and make friends. In the initial sessions, some of the inspiration clips I showed them included Persepolis, The Science of Sleep, and my own Erika Pal’s the House.

Through guided workshops, they created the concept, script and storyboards and recorded the soundtrack, and made the props. The film is just over a minute long. Initially all the characters apart from the narrator only make noises like the teacher in Peanuts, but as she learns, it gradually turns into understandable English. On Tuesday we started filming for real, by the simplest method of having a DSLR on a tripod with a shutter release cable. This is a war scene. The buildings gradually became covered in shredded tissue paper in red, orange and yellow. Next week the same buildings will be re-arranged and re-used to represent London, with a few famous landmarks added, and blue tissue paper strands to represent the river and rainy sky.

The buildings are made of black card and tracing paper. The fire is tissue paper. The lighting is two £5 desk lamps from homebase and some poundland led fairy lights. The materials budget for the whole film is £40 (obviously the time of me and the other teacher, use of the classroom and camera are disregarded here)

In the words of Oliver Postgate “The great invention that made all this possible was Blu-Tack”. (Also Scotch magic tape, and bags of assorted sink washers to weigh everything down.)