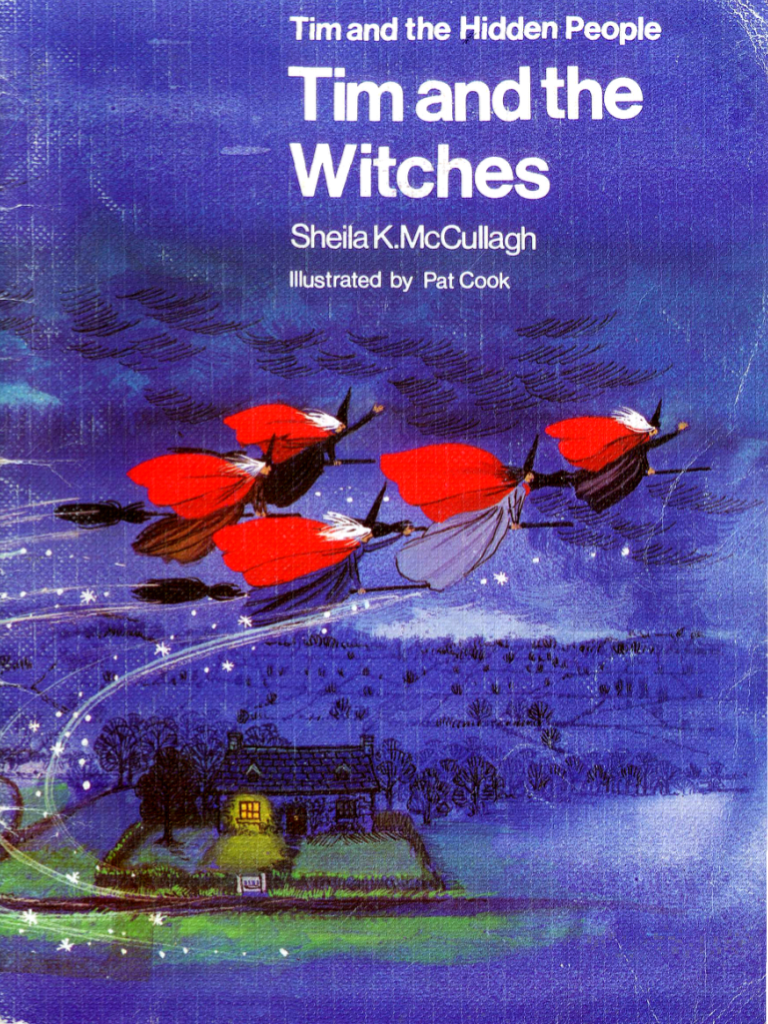 Tim and the Hidden People

Tim and the Hidden People is a series of children’s school reading books from the late 70s/early 80s that a lot of schools had. They have a strange, bleak folk-horror atmosphere, and the illustrations in the first three collections are a little uncanny valley. Tim is always walking along lonely canal paths with strict instructions to not look over his shoulder and tie the silver string around a particular tree or else.

They’re not aimed at beginner readers- more for children to read themselves or use in class story time. I was doing some picture research of the illustrations, and ended up with a digital edition of the whole series. I just expected to flick through the stories looking for interesting illustrations without reading them much, because I was sure that they wouldn’t be half as eerie as I remembered them as a child, but they’re actually also quite engaging for adults.

They’re written by Sheila McCullagh, who also created the Puddle Lane books that pretty much every school in the UK had in the 80s (along with the tv show storytime version presented by Neil Innes of the Rutles). The first three collections are illustrated by Pat Cook, who I can’t find out anything about on the internet.

Tim is an orphan boy who lives in a fairly depressing boarding house by a canal somewhere in the Midlands. He finds a magic key that enables him to see a whole secret world of “Hidden People” around him, who draw him into danger and complicated politics.

Tim lives with his aunt, who is always short of money and has to put up with extremely unpleasant people living in her house to pay the bills.

Some of the Hidden People are friendly, some of them are extremely hostile, but pretty much all of them bought their entire wardrobe in 1750. Tim helps this guy out with some magical smuggling via canal boat.

To add to the creepiness, Tim lives on a square of run-down old houses, with an empty house that seems haunted.

In the third collection, Tim meets these supernatural children whose parents have been kidnapped, and then they all go on the run together to their grandfather’s house in Scotland. There’s lots of stowing away on lorries and hiding from enemies in caves. The curly-haired boy is generally a pain in the arse.

The last collection of stories is illustrated by Ray Mutimer- a well-known children’s illustrator. He has a much firmer grasp of things like perspective and human anatomy than Pat Cook, but the illustrations as a result aren’t quite so eerie.

In the final series, Tim just wants to go camping with his friend (plus magical cat who insisted on tagging along), but gets caught up in magical bullshit yet again.