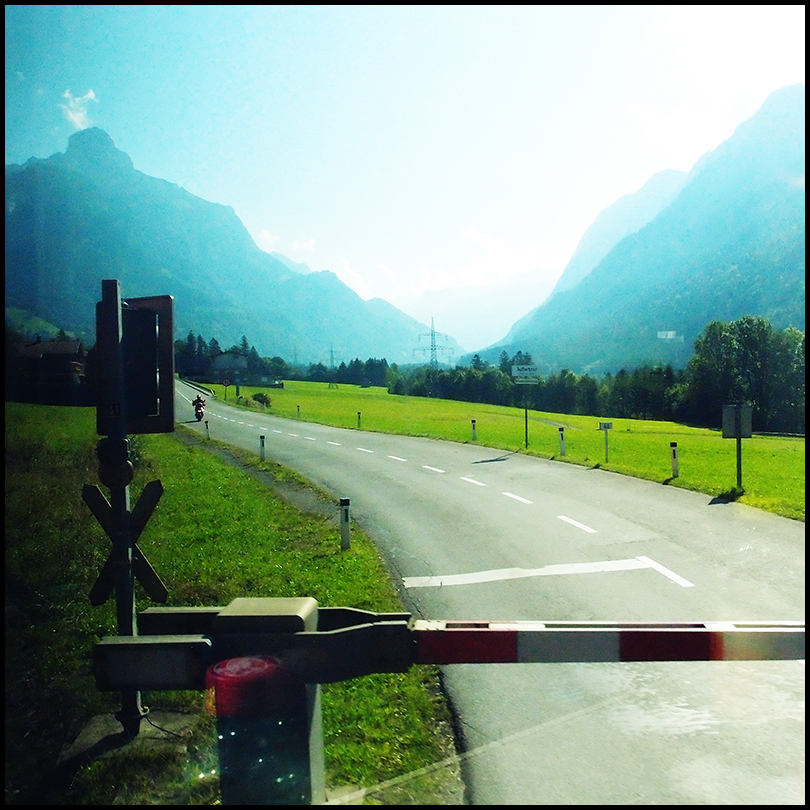 Dreams of the Alps

I spent a lot of last summer travelling up and down the Alps by train. Here are a couple of pictures I took out of the window. Taking photos from the window of a moving train can be very frustrating, you see a spectacular view, but by the time you have taken a photo something like a fence is in the way. I like long-distance solo train trips, especially ones with spectacular scenery and no stress or time pressure when it comes to connections.Both of these pictures are somewhere near the Austrian/German border. Interestingly German for nightmare is Alptraum – “Alp dream”. That alp is a night time incubus type thing, not the mountains, but it gives a strange mental image if you’re an English speaker. An Alp dream would probably involve frolicking with goats in a sunny mountain pasture. I clearly read Heidi too often when I was younger.