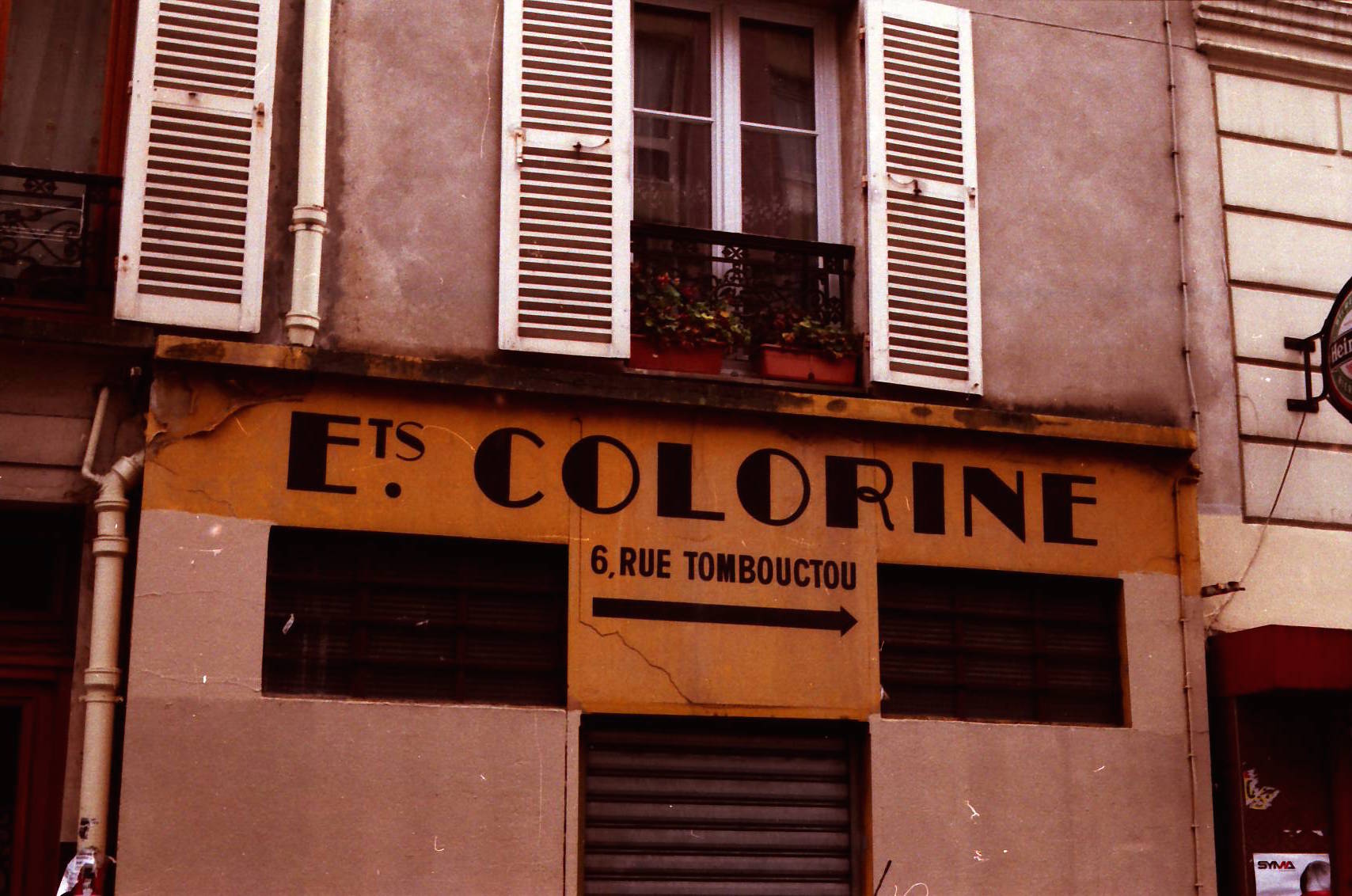 (Google translate thinks my title means “Loitering . No routine.”. Ah, machine translation, you still have a way to go with idioms. It’s more like “Wandering around. Nothing humdrum.” with the inclusion of a bad French pun. Call me up if you ever want any Carambar-level French jokes)

Here’s some more photos from Paris (again taken with a Pentax ME super and expired Poundland film with a strange red cast), from my general wandering around. Wandering is one of my favourite things to do. In French it’s flâner, and someone who wanders around a city, observing things and casually exploring is a flâneur or a flâneuse, much celebrated in literature. I did a lot of that on my recent trip, both because I was on such a tight budget, and also because I was on my own, so I was free to spend my time as I liked. I’m in the middle of writing a new zine about the trip. Hopefully I’ll have it finished by the Sheffield Zine Fest next weekend.

Almost every other country in Europe seems to use yellow postboxes. I don’t know why we ended up with red. I looked it up, and found this pleasing map of postbox colours round the world.

This is an excellent street name.

Nice shop window graphics in a backstreet, on the HQ for community gardens in the Île-de-France. (Their website it also really pretty).

I got off the train at Stalingrad to see the HQ of the French Communist Party, which is apparently a very impressive building, but I basically walked around in circles and never found it.