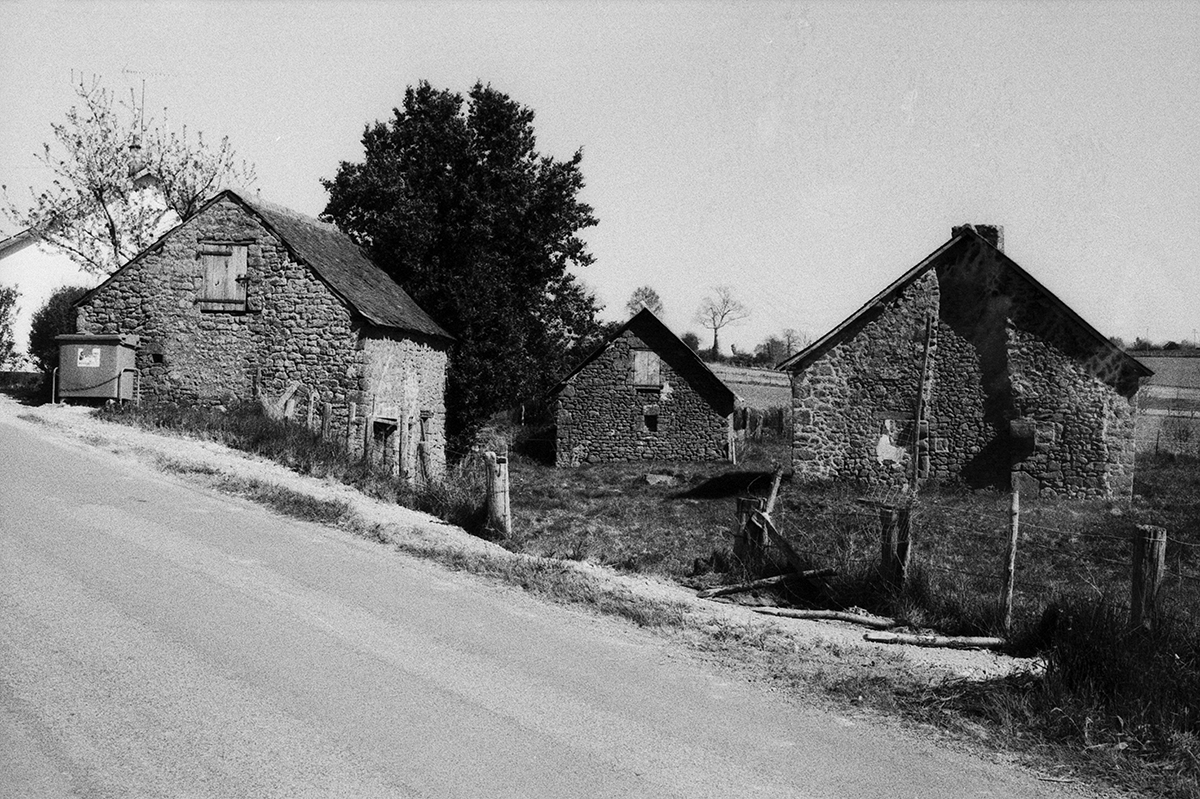 I’ve got two big folders of negatives, and some bags of undeveloped film in the fridge. Recently I decided to do something about this. I developed the black and white rolls myself, and have started work on scanning all the negatives.

Here’s one of the rolls I developed- some photos of a place called Le Haut Boulay in Northern France near where my mum lives. I have never seen a soul in the hamlet. There’s a handful of houses and the roadside shrine, and that’s it.

It was really a test roll for the film. Fomapan 400- a very cheap black and white film from the Czech Republic. You can get a roll for £4 as opposed to £7 a roll for Ilford films, and I wanted to see if I liked it as much. I’m not entirely sure what camera I used, but it’s most likely to be my 70s Pentax film SLR.

It’s really quite different in feel to the Ilford HP5 I normally use, despite being the same ASA. More detailed, and less able to be pushed or manipulated- the highlights burn out easily, and I feel you really have to just expose it as is.

I wonder how often anyone opens up this wayside shrine. There’s something very pre-Christian about them, despite being officially a Catholic institution.

There are a lot of abandoned or semi-abandoned stone buildings in the French countryside. Often some distant relative has inherited it, but doesn’t want to own up to it and pay any taxes owing.