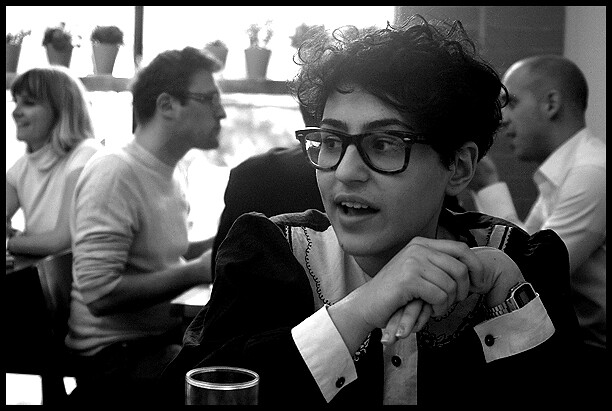 This is Delal. She saw some pictures I’d posted on my tumblr ( emmajanefalconer.tumblr.com) tagged with Wien and sent me a message to see if I’d like to hang out, because it seemed we liked loads of the same things. She’s from Germany originally, and is studying Journalism in Vienna and likes drawing and photography too.

We met up in the cafe of the Modern Art Museum, and hit it off immediately, talking about music and art and films and cake, and then took some b&w photobooth strips.

Later in the week, we went to her friend Anna’s (http://www.paperbirdmusic.com/) gig at an art gallery. There was cake and badges and unbelievably cheap beer and lots of really nice interesting people. At first everyone was very politely talking to me in their best English about really bland topics, but as soon as I said “Oh I can speak German, you don’t have to worry about me understanding you” everyone relaxed and we had normal interesting conversations.

So thanks to Delal for being a cool new friend in Vienna.
Here’s her Tumblr: http://dans-le-noir-du-temps.tumblr.com/