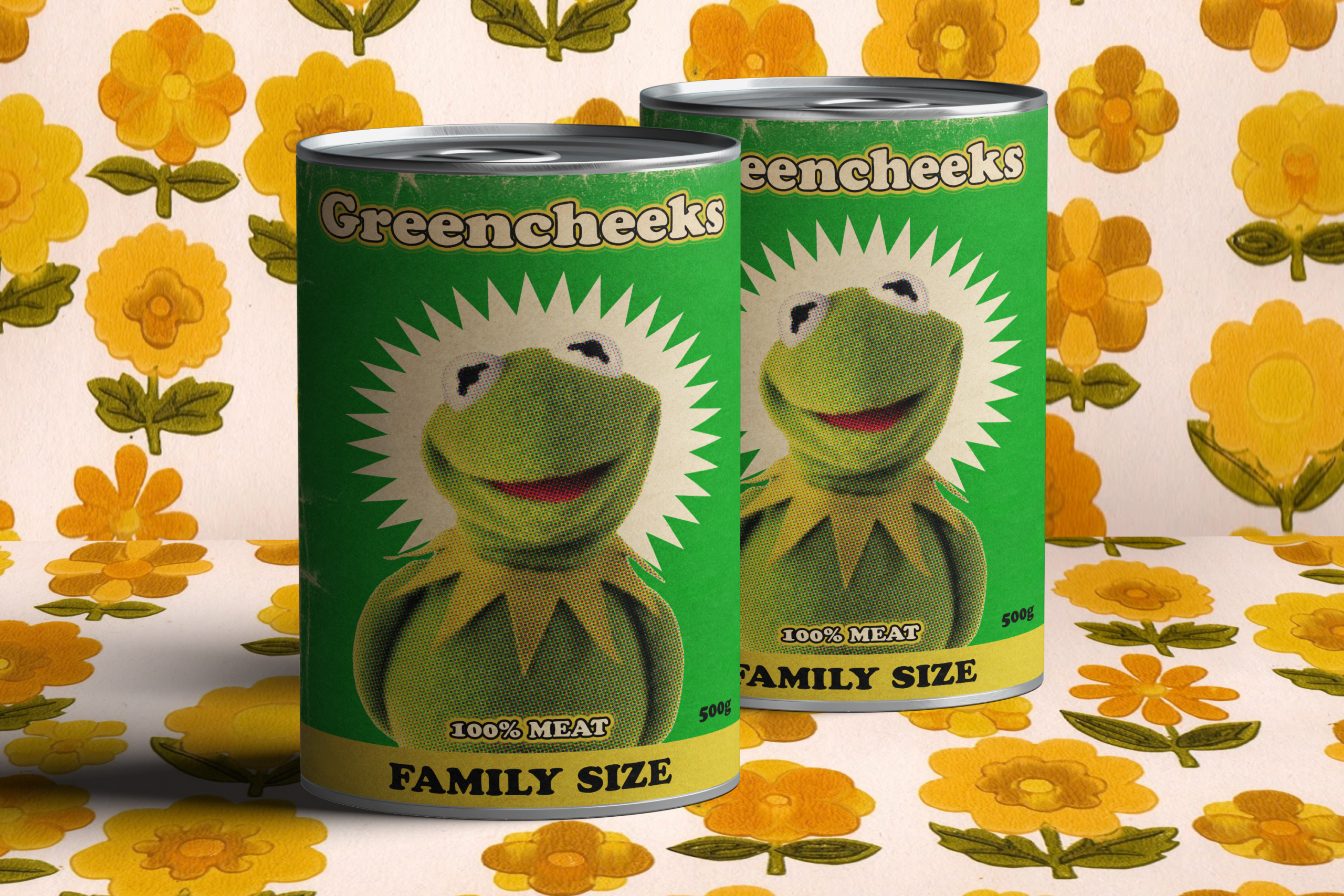 Ruth (check out her textile crafts here) had a dream that you could buy tins of something called “Greencheeks” that seemed to be tinned Kermit meat.

I had to make this a reality in Photoshop using a stock can mockup template. It’s one of those templates where each surface of the 3d objects has a linked document where you cut and paste things flat and hit save to apply them to the 3d effect. You have to have the most recent version of Photoshop to be able to do this.

So for example there was a document for the can labels, the floor and the wall. There was also an option to just have a plain white background with shadows, but I used some 70s wallpaper.

Here’s how I made the label:

After that I merged all the layers down for the label design, and added them as a multiply layer to a vintage paper effect I had. (From the True Grit Debaser kit)

We know who makes it at least.