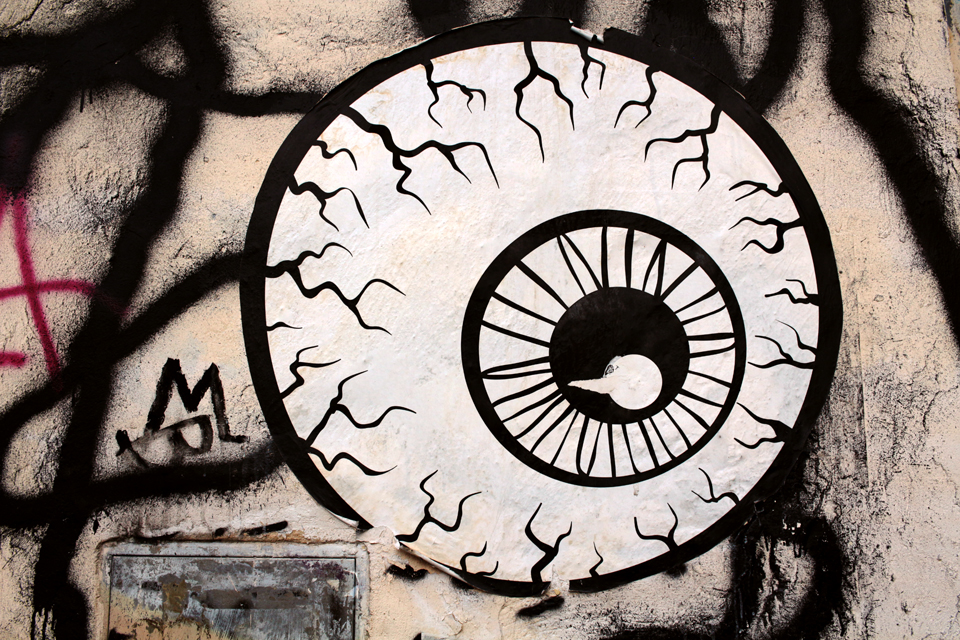 Metelkova is an area in the centre of Ljubljana that was originally a military barracks, then was squatted in the early 90s when the Yugoslav army pulled out after Slovenia declared independence, and is now full of social centres, workshops and gig venues. (And a hostel where I stayed overnight before crossing the border to Klagenfurt for work).

The most famous area like this is Christiania in Copenhagen. I was very disappointed with Christiania when I visited last year. I liked some of the buildings there, but the central market area was sleazy and tacky and there was an aggressive atmosphere, and the place it most honestly reminded me of was the red light district in Amsterdam. Maybe its glory days were in the 60s and 70s when it was founded.

Metelkova is a different proposition. It had a friendly and relaxed attitude, and I never felt any qualms about wandering round by myself, an atmosphere probably helped by the fact that the city government takes a generally positive attitude to its existence. They still don’t pay any rent, but no-one seems to care. It was clean and pleasant- people seemed to respect the communal space.

Almost every building was covered in paintings.

Serbia and Croatia might still be bickering about what country Tesla came from, but Slovenia doesn’t have a horse in this race.

This is the end of town- you can see the next building is not in the district.

Anarchy still depends on someone emptying the bins and cleaning the toilets.