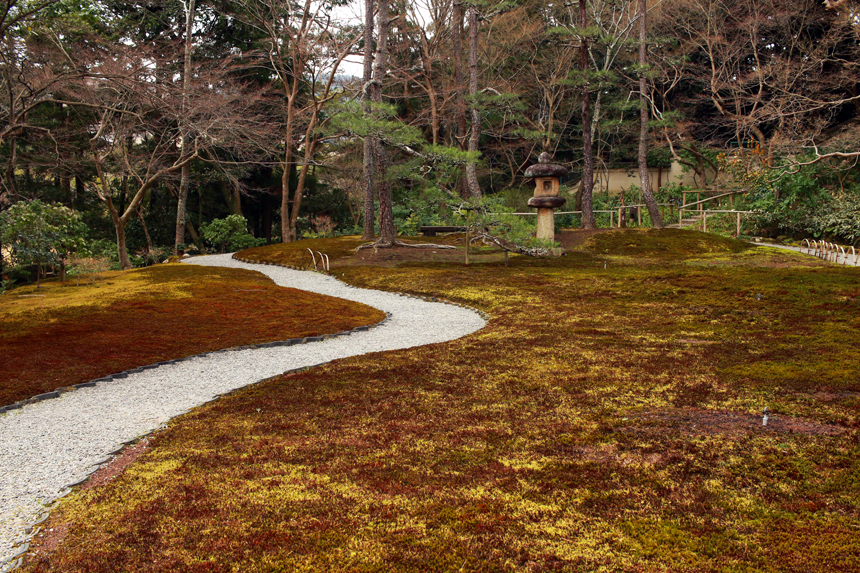 While we were in Nara we also visited a traditional Japanese tea garden. Unfortunately the tea house was shut, and it was raining, but it was still a lovely garden.

As with everything in Nara, there was a lot of moss.

We were slightly early for the cherry blossom, but there was some out already.

The only thing missing to make this a traditional painting was a heron.

A large expanse of moss.

Closeup of some ferns.