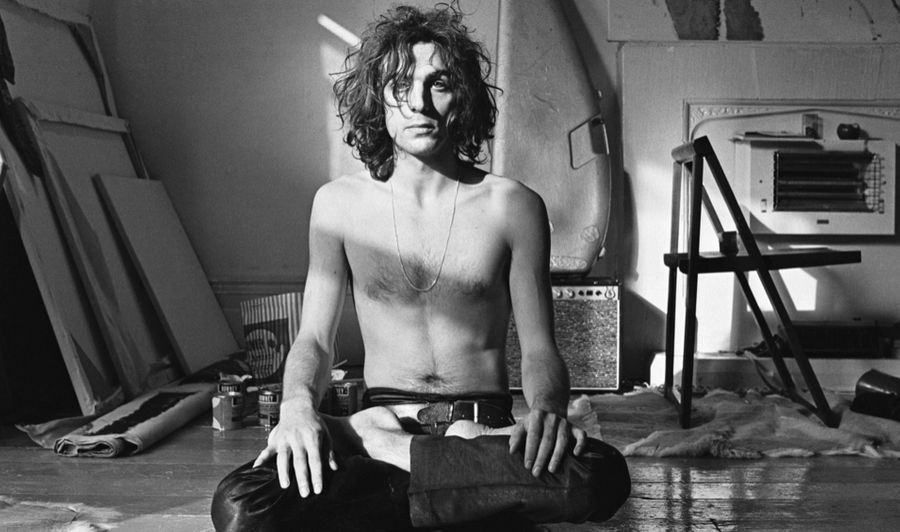 I’m a big Syd Barrett fan, but I really can’t stand any of the stuff Pink Floyd did after he left (ironic, considering that my MA project supervisor is the guy who designed the cover for Dark Side of the Moon). Recently I went to an exhibition of his paintings, photos and letters. The gallery wasn’t the most welcoming place, but I enjoyed the exhibition. I particularly liked the way he would just give his paintings to anyone who liked them. There were some pictures I really liked, but they didn’t allow photographs, didn’t sell postcards (only prints costing several hundred pounds) and the pictures on the website are covered in ugly watermarks. It’s the same as when I went to the Hundertwasser museum in Vienna- an exhibition dedicated to an artist who when they were alive lived in an anti-commercial, diy way, is run after their death in the most snobby manner of the commercial art world available. (I’m not a fan of the atmosphere a lot of commercial galleries create, art is for everyone)

There was also a film playing on a tv that looked really interesting. You couldn’t hear it though, because it was really quiet and next to the air con, and there were no subtitles. I asked at the desk if there was some other way to see it, and they said it would be on the website. I couldn’t find it on there though, I guess I’ll have to email them.