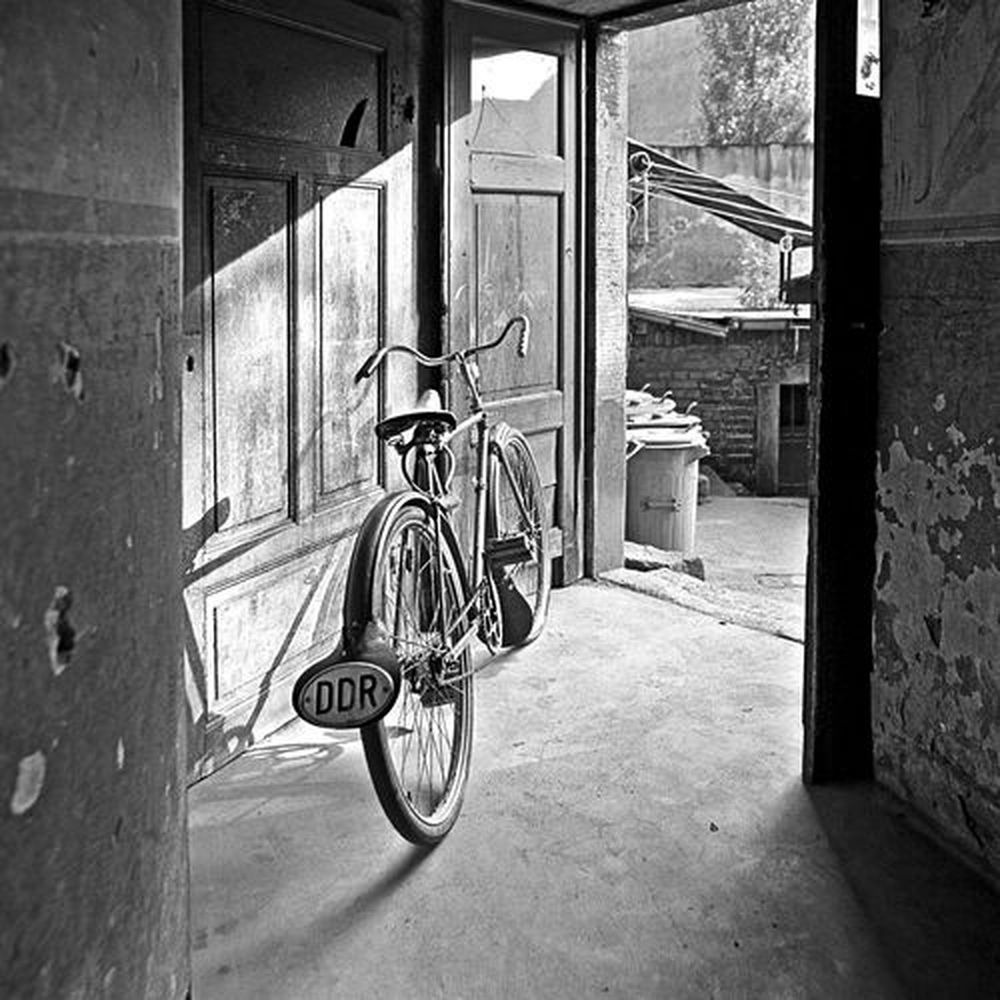 Starkes Viertel- photos of Dresden Neustadt in the 70s and 80s

(all photos taken from dieneustadt.de)

When I was in Dresden, I bought a photography book by a local photographer. Günter Starke lived in Dresden Neustadt, the area just across the river from the historical centre, in the 70s and 80s, and took a lot of photos. Despite the name, Neustadt is full of old buildings that escaped bombing during the war (it’s only new compared to the baroque city centre), and in the communist days, the local council concentrated on building blocks of flats and housing estates to house families.

The old buildings in the Neustadt were dilapidated, and home to students, artists, old people and other people looking for cheap rent. Sometimes Starke didn’t bother to pay his rent if the roof had been particularly leaky, and no-one from the council seemed to care that much. Nowadays, the area is a funny mix of the fully restored, half-restored, and almost derelict, and there are a lot of interesting bars, restaurants and shops.

The title of the book is a pun- it means both “Starke’s neighbourhood” and “tough neighbourhood”. From the way the book talks about the area, I don’t think it really was a tough place to live. There’s an introduction by local novelist Jens Wonneburger. He starts off by saying that recently he was watching a documentary about the history of Dresden with his daughter, and they had some footage of Dresden Neustadt in the 70s and his immediate thought was “wow, was it really that shit when I lived there?” because it looked so shabby and run down, but he only had good memories of the area. On further thought, he decided that he had probably been used to things being decrepit and unrepaired, but that it had been a nice place to live, full of interesting and friendly people.

All the photos have a text with them explaining who the people were, with little stories about how Starke knew them, such as the old lady who lived upstairs, whose flat was a disaster zone that was always leaking water in unexpected places. A lot of the people were students or artists, or just people who didn’t want to live on one of the sterile housing estates on the edge of town. There was little traffic in the area, so adults and children often played sports and games out on the street.

The author also talks about the life of the artists in the area, and how it was free and easy in some ways, but not others. No-one really cared what you wore, or how you looked, both because they were artists, and getting hold of new clothes in the DDR could often be a problem anyway. The rent was super-cheap, and food was subsidised by the state so it was never a problem feeding yourself or keeping a roof over your head. On the other hand, you had to do your best to keep under the authorities’ radar, so they wouldn’t pick you out as a subversive element, and the official policy to pretty much ignore the old buildings in the area meant that getting anything repaired or replaced or fixed took a lot of harassing of the housing office, and trying to balance out getting something fixed vs being marked out as a troublemaker.

The aloof binmen were one of my favourites in the book. They had their own dresscode of farmer boots and cowboyish hats and moustaches, and they wore oven gloves to handle the bins (often full of ashes because most people in the area had coal-fired heating stoves) and clearly considered themselves some of the coolest people around. They made money on the side by selling things they found for scrap, or fixing them up. Starke was short of cash at one point, and asked them if there was there was any way he could help them out with their scavenging for a bit of extra money, and they laughed at him, and made it clear that he was in no way cool enough to be a binman.