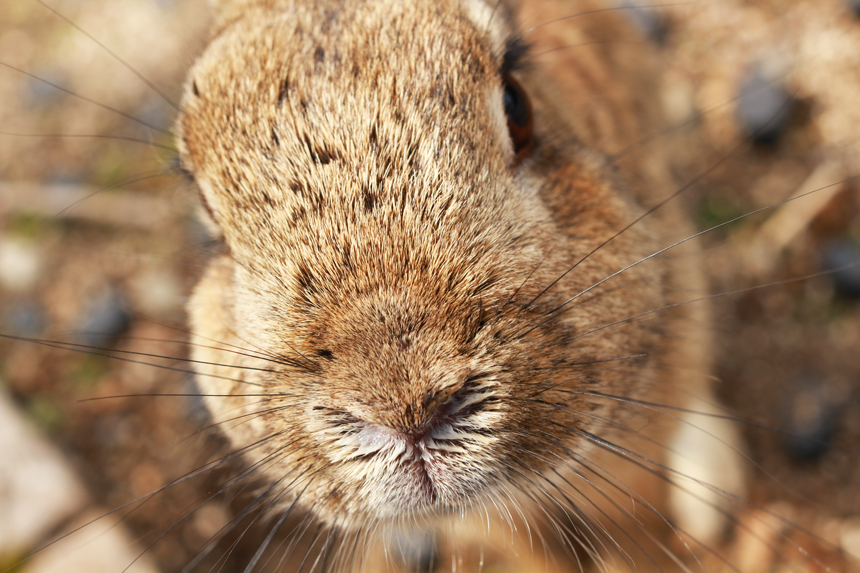 While I was in Japan we visited the island of Okunoshima. In the Second World War it was a top secret chemical weapons plant, but now is a nature reserve famous for its free-ranging tame rabbits, who are probably the descendants of the lab rabbits.

On the ferry out to the semi-tropical, fern-covered island, we joked about it being like Jurassic Park but with rabid fluffy bunnies. They turned out to be even tamer than I had expected, probably tamer than a lot of pet rabbits. They’ve never seen predators, and all their experience of humans is being petted and fed in return for being friendly, so if you even sit down, a load of rabbits will pile onto your lap.

I was feeding this one while sat on the ground, and all its friends came piling onto my lap. A tv crew were filming tourists on the island, and I ended up being interviewed for some Japanese tv show. I’m afraid I have no idea what one.

I’ve never seen a rabbit beg like a dog before

This little shrine had some very nibbled paper crane chains

I wonder how often these are replaced.

This little badger-furred guy was my favourite.

Seaweed-covered steps down to the water

Climbing up the paths to the top of the island, the rabbits become shyer. I guess the bold ones like to hang out at the port, where the people are.

They don’t even seem to bother with burrows much on the island. No predators I guess.

This is the peak of the island.

It became weirdly exhausting after a while, stroking and feeding so many rabbits. Which was probably not helped by the fact that we had left Naoshima at 6am and been on two ferries and three trains to get to Okunoshima.