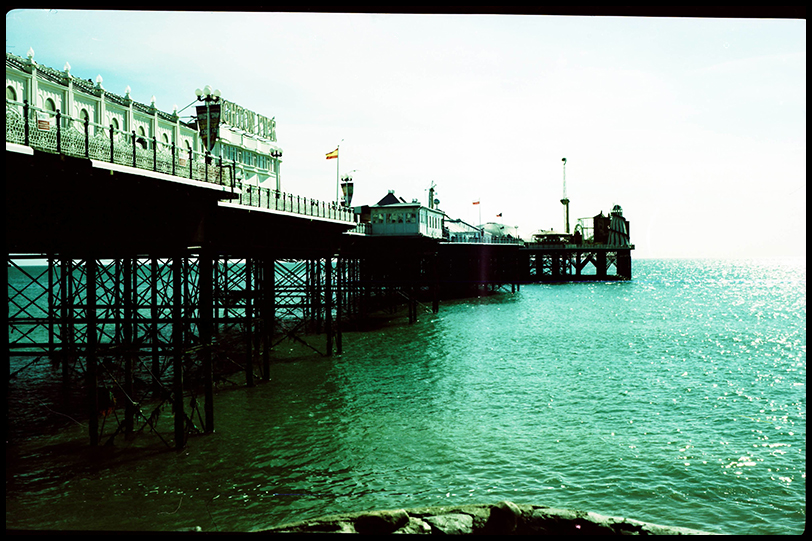 I have been busy recently, and the ever-present backlog of photos and so on I mean to post gets ever longer. Here’s some photos I took of Brighton Pier at some point. I have no idea when I took them, probably when I lived in Brighton, but I scanned them the other week.

They’re taken on my Moskva 5, the most awkward camera I’ve ever had the (dis) pleasure of using. It’s an all metal Russian medium format beast that I got in a junk shop in Tallinn. You have to use a tripod and shutter release with it, all that’s missing is the fabric hood and flash-pan of magnesium powder for the full effect. There’s a clockwork mechanism that is supposed to prevent double exposures, but which just succeeds in locking the film advance for no reason most of the time. It has no meter, and I don’t have a working handheld meter any more, so I just eyeball the exposure with the sunny 16 rule. The resulting negatives are huge (6×9 format, there is supposed to be a 6×6 mask too, but I don’t have it), you get about 6 pictures per roll of 120 film.