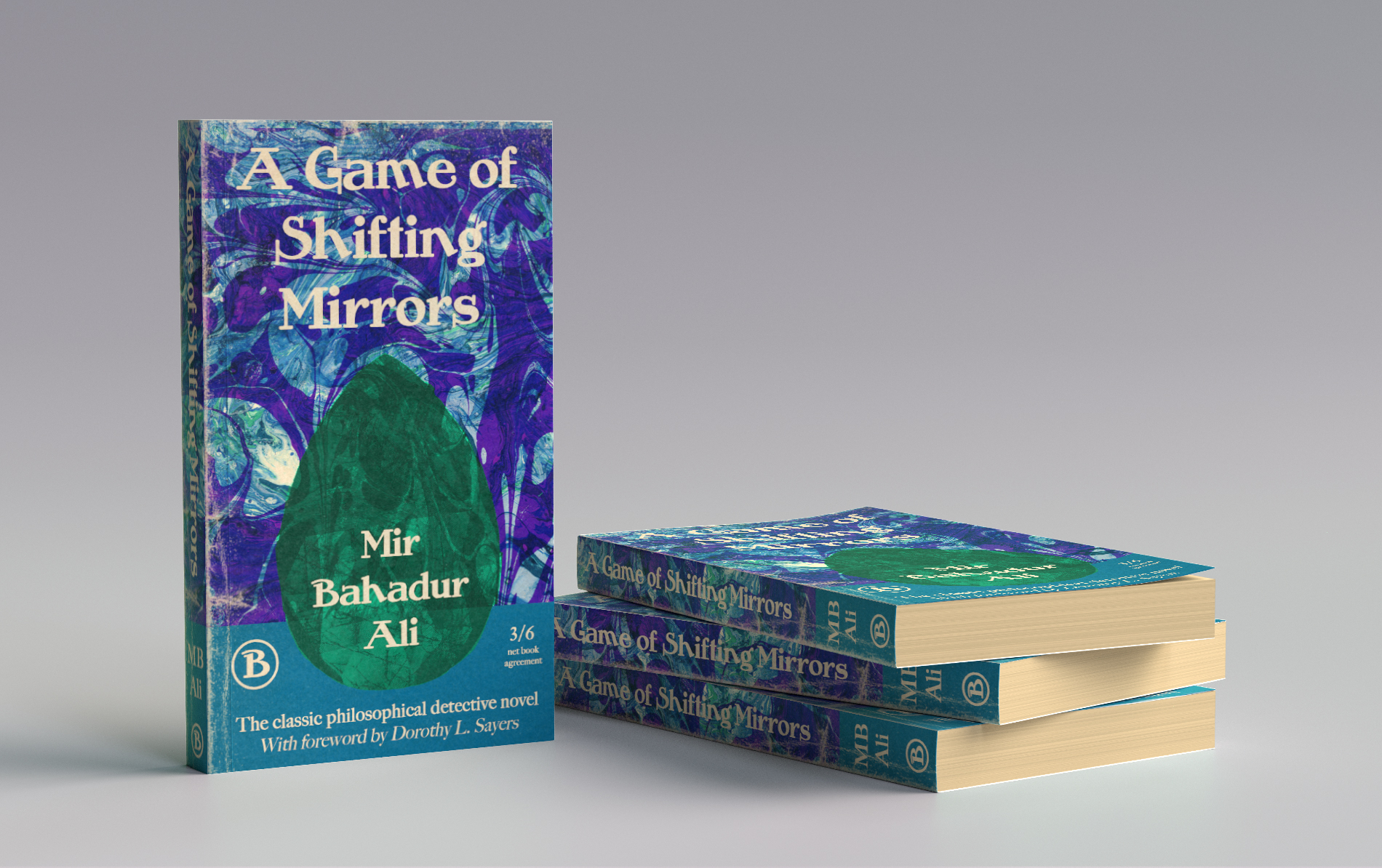 Jorge Luis Borges loved to create fictional books in his stories, using non-fiction formats like book reviews of non-existent books to tell a story. If you haven’t read any Borges I can’t recommend him highly enough- I would recommend the story collection Labyrinths. I have also linked to free online versions of the stories these book covers are based on.

I decided to make some mockup covers of some of his fake books as a project, adding a challenge to myself of using photos from Wikipedia as my raw materials (Wikipedia would definitely win the Borges approval).

There’s something very satisfying about making product mockups in Photoshop, making something that looks like a real thing, but exists nowhere but the screen. You can find good free templates here.

“A Game of Shifting Mirrors” comes from this story, a fake book review of a book that doesn’t exist, that tells a story within the frame of the review. I went for cult 60s/70s paperback feel for this one. The publishing house is B for Borges of course.

I liked this design so much I’ve put it up for sale as a print- you can see it here.

Erik Lönnrot from Death and the Compass on the other hand, was clearly a contemporary high-end scandi thriller writer, steadily churning out a long series. (The red triangle theme despite the four theme of the title comes from the story, as does the quote)

Uqbar comes from Tlön, Uqbar, Orbis Tertius. The narrator keeps finding second hand books about a country that doesn’t exist, produced by a secret society aiming to change reality and make it real by changing the narrative enough. The original Lesbare und lesenswerthe Bemerkungen über das Land Ukkbar in Klein-Asien by Johannes Valentinus Andrea, dates from 1641 in the story. However nowadays clearly, a mysterious and sinister guidebook to a non-existent country would turn up in a pile of free battered low-budget out of date travel guides in a youth hostel. So this is what I made. Borges Travel Press, German imprint. For this and the other paperback, I had to dig a bit to find out how much a book would cost at the time in pre-metric British currency and Deutschmarks/Austrian Schillings.

The Wikipedia photo is an ornate mirror because “For one of those gnostics, the visible universe was an illusion or (more precisely) a sophism. Mirrors and fatherhood are abominable because they multiply and disseminate that universe”.